When the air is icy and there's snow on the ground, there's no better place to be than at an art gallery. Four galleries are hosting openings that particularly intrigue us this weekend. Check out one or hit all four.

Kentucky native Ellen Glasgow finds inspiration in the waterways of the world. Her new work depicts rivers, oceans, lakes and wetlands — the places where people first congregated and where they continue to live and play. Her 2014 oil painting The Callawassee (SC) captures the inland estuary system of South Carolina's barrier islands in deep blue with a pink and purple mass of clouds piled up in a pale blue sky. A slate gray landform tapers off into the sea, acting as demarcation line for the horizon. No signs of civilization mar the scene — it could have been captured any time in the past 4,000 years the islands have been inhabited by humans.


Fear of a Blank Pancake

This group exhibition showcases work by Kelly Akashi, Elizabeth Jaeger, Calvin Marcus, Anita Uddenberg and Charlie White, and runs the gamut from sculpture to video installation. White is a Los Angeles-based photographer and filmmaker who creates unnerving scenes that feature star people and otherworldly creatures interacting in curious ways. His 2013 photograph The Persuaders (from the series And Jeopardize the Integrity of the Hull) has a trio of menacing felt puppets coercing a disgusted-looking middle-aged woman on a Sesame Street-like set. Uddenberg uses styrofoam, glass fiber and aqua resin to create human forms, often female, that are contorted or compartmentalized so the focus is on the posterior. Her use of synthetic hair and contemporary clothes make her sculptures somehow less human upon closer examination, critiquing the dehumanizing effects of the male gaze and the hypersexualized way women are depicted in mass media. 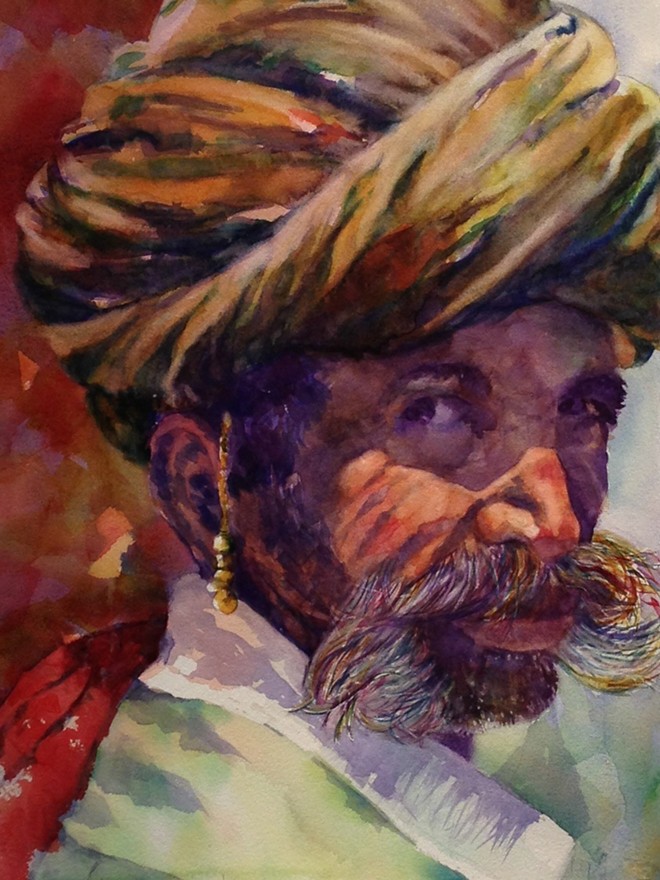 The human form is a work of art in its own right. It comes in a variety of colors, shapes and sizes, each one familiar yet unique. Clearly Human II is a juried, multimedia show that celebrates figurative art in all its variety. The opening reception also serves as the kick-off for the St. Louis Artists’ Guild’s 130th anniversary year. Cake (from St. Peters’ cakesbygeorgia.com) will be served, with live figure drawing demonstrations as well.

Basil Kincaid’s ongoing Reclamation series uses strictly found materials. In this new installment he uses only the detritus of technology, which he recasts through Ghanian folk art techniques. Mannequins are covered in new, colorful skins of pre-paid telecom cards; their heads are then wrapped in patterned cloth. Their bodies now hidden and their faces masked, Kincaid’s figures represent the shifting identities we can adopt online, whether as fantastic new creatures or anonymous shapes in the shadows.