Soulard's Union Barbershop Is So Old-School, It's Brand New 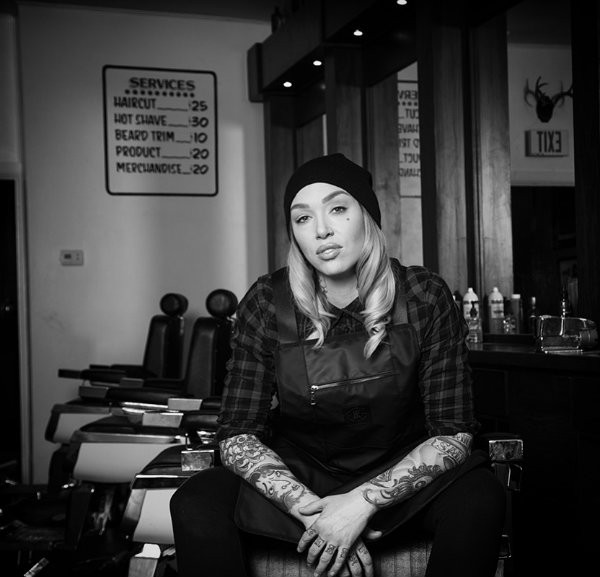 Every guy needs a haircut every once in awhile. Maybe on a strict two-week rotation. Maybe just for job interviews and weddings. The point is you’re going to have to find a barbershop.

A new addition from a surprising source offers a choice beyond the Great Clips-or-Supercuts dilemma.

Frank Uible, the co-founder of Pi Pizzeria, has partnered with the owner of a tattoo shop and, yes, a barber to open a new spot on the edge of Soulard. The trio is selling the idea of a throwback barbershop as lounge and neighborhood hangout. Union Barbershop (1264 Gravois Avenue, 314-328-2411) has Playboy magazines on the coffee table, a pool table around the corner and cold beer in the refrigerator.

“Barbershops rivaled saloons for men’s interest and attention,” Uible says. “It was a social club.” 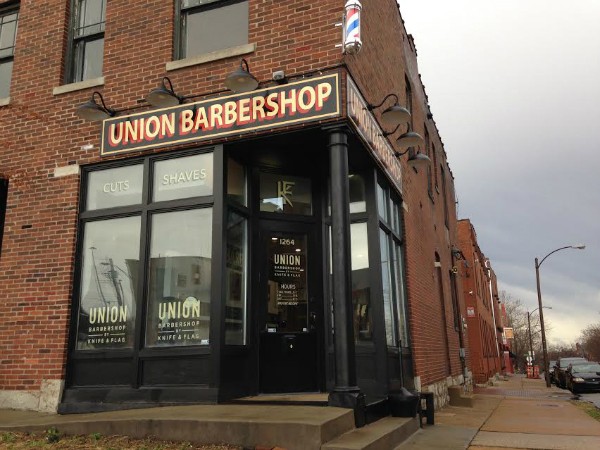 “We’re pretty traditional here,” Stewart says. “I think the difference is a little extra attention to detail. There’s no time limit here. However long it takes to do a haircut is how long it takes.”

Their work is on display in black-and-white photos on a hipster-friendly Instagram account designed to lure millennials — Union’s target demographic, Uible acknowledges.

The shop is an outgrowth of an apron company Uible started with Sean Baltzell, owner of Tower Classic Tattooing in the Grove, and Adam Taylor, a photographer and Baltzell’s partner in a T-shirt line. Uible met the two about eight years ago at Pi. He'd been in the apparel business before investing in the pizzeria, and so Taylor and Baltzell sought his advice as they started Me Against The World clothing. They also soon began printing Pi’s shirts. 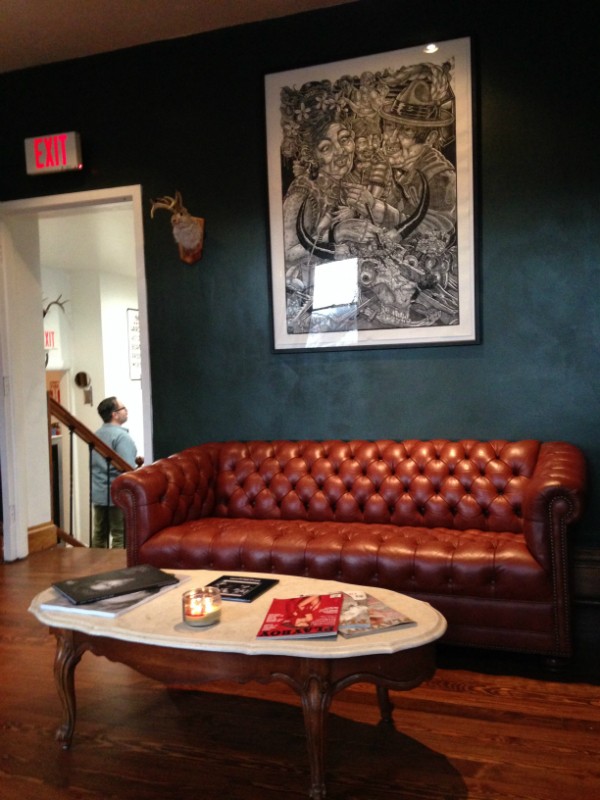 When Baltzell wanted to find a well-made apron he could use while tattooing, the three formed Knife & Flag. The two-year-old company now sells heavy-duty work wear to a growing number of tattoo artists, craftsmen, welders and restaurant workers across the world. Locally, the servers at Old Standard can be seen sporting a Carhartt-looking version as they sling fried chicken in Botanical Heights.

Knife & Flag has also begun to expand, selling leather goods (the Yannigan bag is said to be inspired by a lumberjack’s rucksack) and a line of hair-care products. The barbershop is a natural spinoff, given the hair-care venture and the aprons’ popularity with pros wielding shears from here to Japan, Uible says.

It occupies the first floor of a two-story brick building near the Gravois entrance to Interstate 44. Knife & Flag has offices upstairs, from which the company does most of its shipping. 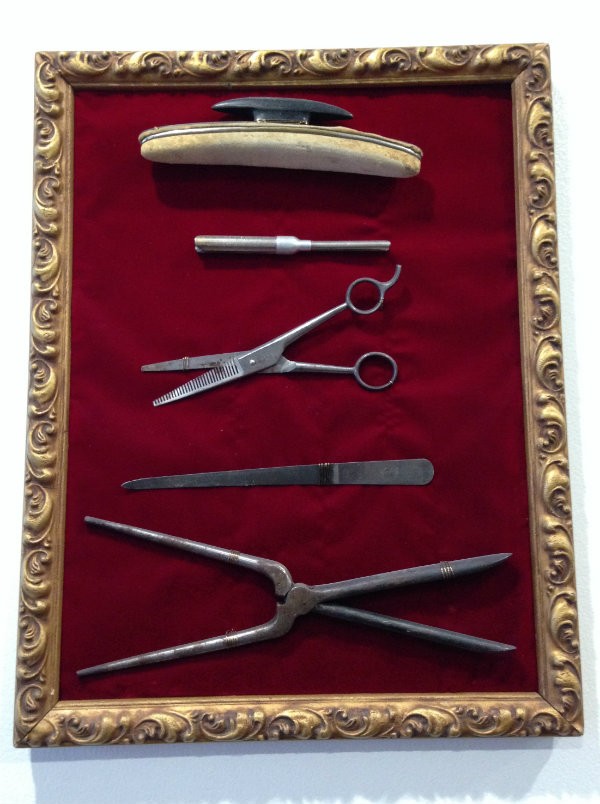 Each company uses its carefully styled Instagram accounts as its sole marketing vehicle. The philosophy is also essentially the same for both Knife and Flag and Union Barbershop — customers want and will pay a premium for better workmanship, especially when presented with the right aesthetic.

A split-leg Knife & Flag apron made of 20-ounce canvas costs $120. A haircut at Union runs $25. You could buy a cheaper apron from Carhartt. It costs about $14 to get your ears lowered at Great Clips. But the companies are betting on millennials' movement away from a culture of mass-produced goods and 20-minute haircuts.

“Handcrafted is what binds us all together,” Uible says — a philosophy that goes all the way back to his work at Pi.

To Stewart, that means creating a barbershop that draws on a past tradition. No cell phones are allowed, and it’s perfectly fine to take your time.

“The barbershop is supposed to be a place to hang out,” she says, “not to get away from.”