7 Fun Things to Do This Weekend for $20 or Less

World Cup soccer — and a free party in the streets! A tattoo expo — complete with daily contests! Serentitty 2: The Search for More Money — a burlesque show that combines cult favorites boobs and the TV show Firefly! Believe us when we say this weekend has something for everybody ... and all of it is remarkably affordable.

Take a look at the events below and start making plans. Too fancy for tits or tattoos? We've also got a roundup of art openings and some highlights from the second week of the St. Louis International Film Festival. Like we said, something for everyone.

1. Enjoy the merriment around a big soccer game
The 2018 World Cup is closer than you think; qualifying games are already being played. On Friday at 5:30 p.m. at Busch Stadium (Broadway and Poplar streets; www.stlcardinals.com), the United States Men's National Soccer Team challenges St. Vincent and the Grenadines in one of those qualifying games. St. Vincent is an island nation in the eastern Caribbean Sea, if you're wondering, and the small nation is ranked 129th on the FIFA table. The U.S. currently sits at 33 on that same table, but with a string of losses against Costa Rica, Mexico and Brazil, the men's team is in need of a win. The game is preceded by a host of fan-friendly activities including concerts and giveaways starting at 1:30 p.m. There will even be a soccer field set up on Locust Street between Eighth and Ninth streets. Pre-game festivities are free, and tickets for the game are $65 to $195.— Paul Friswold


2. See a tribute to a Hollywood legend

Film history is riddled with iconic director/actor pairings, but one of the earliest and most extraordinary collaborations was between director Tod Browning and actor Lon Chaney, who made ten films together between 1919 and 1929. Together the duo made the bizarre thriller The Unknown, in which former circus worker Browning guided Chaney in the role of Alonzo the Armless, a sideshow performer who would go to any length to woo young Nanon (Joan Crawford), daughter of the circus owner. After Chaney passed away, Browning returned to the circus for another twisted love story in 1932's Freaks, which starred actual sideshow veterans in the lead roles. Here it's a beautiful trapeze artist who consents to marry Hans, a little person, for her own dubious reasons. Early test screenings were so horrifying that one woman threatened to sue the studio, claiming the film caused her to suffer a miscarriage. Even after 30 minutes were cut and a happy ending was added, the film was universally reviled, nearly ending Browning's career. On Friday at 7:30 p.m. both The Unknown and Freaks will screen as part of Cinema St. Louis' Tribute to Tod Browning at Webster University's Moore Auditorium (470 East Lockwood Avenue; www.cinemastlouis.org ). Tickets are $15.— Mark Fischer


3. See a play about feminism

"Third wave feminism" implies a further honing of ideas refined and reconfigured once already. So, what's changed, other than some of the language used? That elusive question — "What has changed for women since our grandmothers' day?" — is the core idea at work in Gina Gionfriddo's play Rapture, Blister, Burn. Catherine is a feminist academic who regularly appears on TV as an expert on the cause. When she returns home to care for her mother, Caroline rekindles her relationship with her college friend, Gwen, a sister-in-arms who married and now has kids with Caroline's college flame, Don. Caroline is soon tormented by the idea that she could have been the one to start a family with Don — what did she miss out on? How would she feel if she knew Gwen has the same envy as she looks at Caroline's life — could she be the queen of TV feminists? West End Players Guild presents the thought-provoking and funny Rapture, Blister, Burn at 8 p.m. Friday and Saturday and 2 p.m. Sunday (November 13 through 22) at the Union Avenue Christian Church (733 North Union Boulevard; 314-667-5686 or www.westendplayers.org). Tickets are $20 to $25. — Paul Friswold

The crew of the Serentitty is at a loss. Their show has been canceled, the ship is in bad shape and even Captain Mal is openly thinking about chucking it all. And then, someone offers the crew the chance they've been dreaming of: the sequel. But will the network that kicked them to the curb come back to stomp on their necks if they do it? The Randy Dandies close out their 2015 season with Serentitty 2: The Search for More Money. The burlesque crew that mixes puns with buns and quips with, ah, breasts mounts another sci-fi thriller inspired by the adventures of the cult TV show Firefly. Special guests include the band Browncoats, Indiana's Wookie Cellist and Ami Amore, as well as several other surprises. The performance starts at 8:30 p.m. Saturday at the Ready Room (4195 Manchester Avenue; www.thereadyroom.com). Tickets are $15 to $20.— Paul Friswold 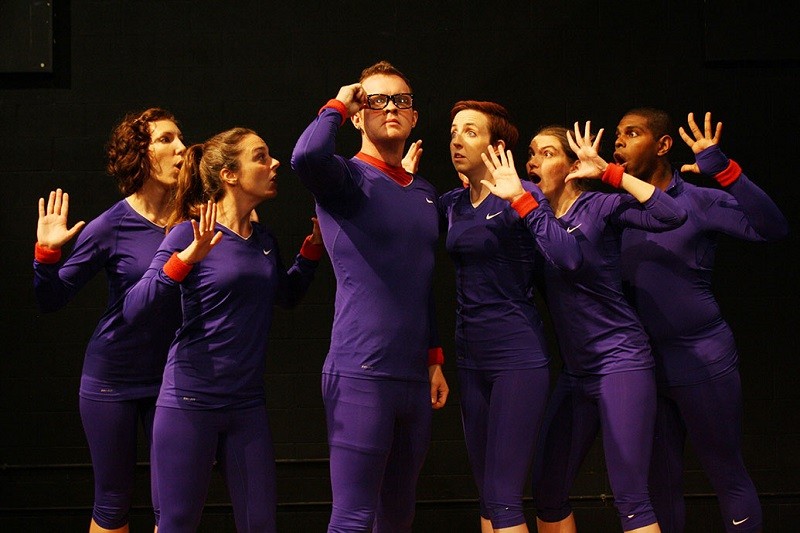 With more than a decade of success behind it, the Saint Louis Old School Tattoo Expo is renowned for its friendly and intimate nature. Organizer and host Lyle Tuttle has kept the focus on the artists, which is only right. These are the men and women who run the shops and create the tattoos, and if they're happy, the show will be that much more fun. You can get new work done at the convention — take your pick of the more than 80 tattoo artists who are scheduled to attend — or admire other people's body art at the daily tattoo contests. This year's expo takes place from 1 to 10 p.m. Friday, noon to 10 p.m. Saturday, and noon to 8 p.m. Sunday (November 13 through 15) at the Holiday Inn St. Louis Downtown hotel (811 North Ninth Street; www.old-school.com). Admission is $20 for a day pass or $50 for all three days. — Paul Friswold

Everybody wants to be loved, but not everybody can keep a relationship together. In the Indian myth of Surya, even a celestial being must learn to adapt to hold on to his partner. Surya is the daughter of the cosmic architect, and she catches the romantic fancy of the sun. The two are wed, but Surya soon suffers from the sun's blazing heat and runs away. She attempts to change for her husband's benefit, but it's not enough, and the relationship seems doomed. Despondent, the sun approaches Surya's father for advice and receives some tough love: Maybe the sun has to make some changes to himself before their love can fully blossom? Nartana Premachandra adapted the story into the dance piece Incandescent, which Dances of India performs at 7 p.m. Friday and Saturday and at 3 p.m. Sunday (November 13 through 15) at the Skip Viragh Center for the Arts (425 South Lindbergh Boulevard; 314-997-0911 or www.dancesofindiastlouis.org). The show is is in honor of Dr. Premachandra, Dances of India's founder and Nartana's father, who passed away last year. It is a loving tribute to the good advice fathers have shared for generations, even if we don't always listen. Tickets are $15 to $20.— Paul Friswold


7. See a twist on the Superman story


Chicago's Theater Unspeakable ensemble devises one-of-a-kind stage shows that emphasize innovation, physicality and minimalism. Its Superman 2050 is an original Superman story enacted by seven performers decked out in blue tights on a diminutive three-foot-by-seven-foot-platform — that's how minimal we're talking. The actors create the sights and sounds of Metropolis in the year 2050, where Superman fights his old foe Lex Luthor. Superman 2050 is performed at 2 and 5 p.m. Saturday and 1 and 4 p.m. Sunday (November 14 and 15) at the Center of Creative Arts (524 Trinity Avenue, University City; 314-725-6555 or www.cocastl.org). The show is suitable for all ages, and tickets are $14 to $18.— Mark Fischer