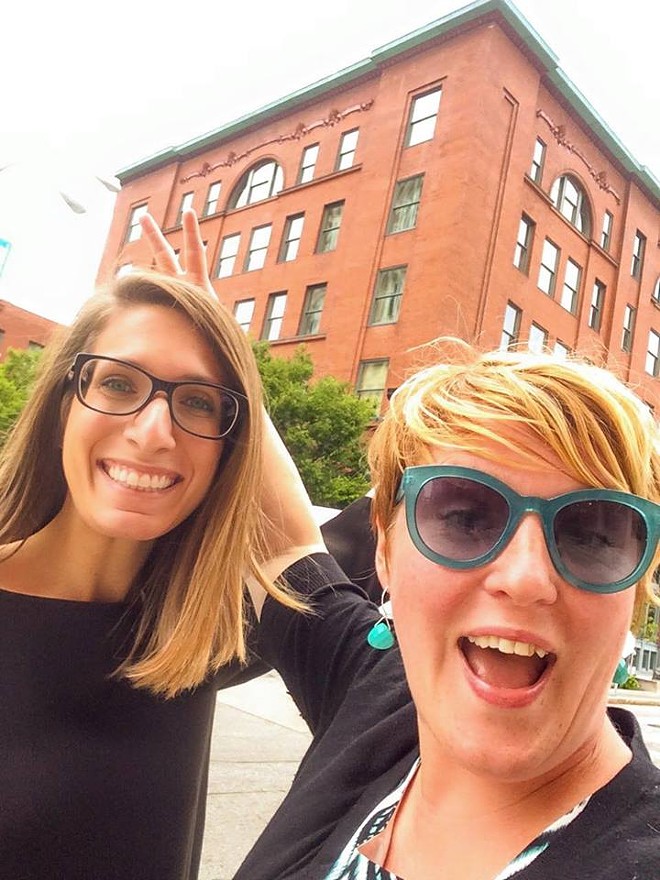 For three years, Clark, 36, has provided tours of the city as Renegade STL. The tours have varied, but they've always been smaller groups arranged as a custom experience. "A lot of universities hire me for parents' weekend," she explains. "Or to show around international students who've just come in to town." She jokes, "I have a talent for talking about St. Louis to people who don't speak English."

Later this month, though, Clark is kicking off a totally new experience — a public tour, where anybody can buy tickets and secure a seat on the bus. She's taken on a new partner, Adriana Perrone, and formed a partnership with the STL-Style duo, Jeff and Randy Vines, planning the experience as a 2.5-hour bus tour of the city's greatest hits.

It's not going to be stodgy, she says, nor is it going to be kitschy. "No Provel, no Missouri Botanical Gardens," she promises. "It's nothing you would expect." Instead, the focus is on St. Louis as it is right now: Cherokee Street, Old North, and other up-and-coming neighborhoods, along with established streetscapes like the Delmar Loop and sites like the graffiti wall downtown. 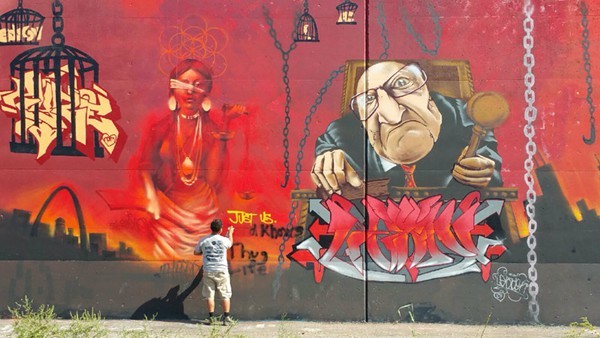 Perrone, who just moved here from Brooklyn, brings valuable perspective thanks to her training as an architect. But this is not meant to be a tour for those wanting a crash course in the city's complex problems. "I don't bring politics into it," Clark says. "A lot of people give fantastic tours where they dive deeply into those things. My stuff is very silly."

Clark has a day job — she does marketing for an architectural firm — and she also has two kids. "I've been by myself in these tours for awhile trying to figure it out if it's a business or a hobby or whatever," she says. Bringing on partners is a way of dipping her toe into slightly deeper water: "I would love for it to be more. But for now, it's something I do on the side."

The first ever Whole Damn City tour kicks off Sunday, November 22 at STL-Style's design and print shop on Cherokee at 2 p.m. Tickets are $25 a pop, and include a 15 percent discount at STL-Style.

The bus is capped at 35 seats. But should this thing prove even more popular than Clark and her new partners anticipate, she promises, "We've got another bus on hold and ready to go."