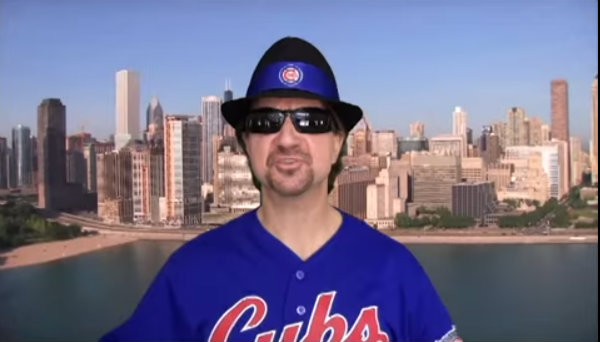 OK, so the Cubs beat us on Saturday — and Back to the Future seems to suggest they're going to win the whole thing this year. We're still not worried.

Why? Chicago is filled with a bunch of losers ... and we're not just talking about the ever-hapless, seriously cursed baseball team. Even the fans in the Windy City are lame.

As proof, we present six Cubs rally songs, written by and for their fans. Warning: These suck harder than a Dyson. Proceed with caution.

1. "Cubs Will Do It Again," by Michael Riser

"Hi! Have I told you about my white-boy blues band?"

2. "This Is the Year," by Michael Minogue

"I saw Bruce Springsteen's bulge in person, and it changed me."

"I like the idea of Sigur Ros, but I can't even write made-up lyrics."

Turn the page for more songs that give Chicago a bad name.

Soon to be heard in a Whole Foods just south of hell.


And for our final Cubs rally song ...

Is there a way to combine the blase horror of a Ted Talk with the nightmare of Cubs fans? There IS?