8 Great Things to Do This Weekend for $20 or Less 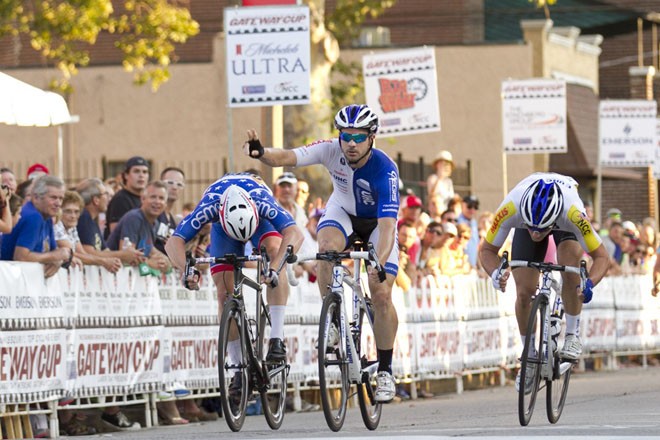 In addition to celebrating the movement that brought us the 40-hour workweek and paid vacation (thanks, unions!) Labor Day means taking a break from your labor. And while you could spend the three-day weekend in an alcoholic stupor at one of the city's many fine drinking establishments, may we also recommend squeezing in a little culture — and some good neighborhood fun? From a play inspired by The Simpsons to a seriously cool bike race, the options are as numerous as they are affordable. Make some plans already.

1. Enjoy a Musical Revue
Taking a stroll down memory lane, as they say, is good for the soul, whether your recollections date back a few years or several decades. With music, it's far easier to transport ourselves to the past. The revue Tell Me Somethin' Good dances, swings and moves through the years, from the birth of doo-wop to the ascension of hip-hop. This popular show was conceived by the Black Rep's founder and producing director Ron Himes, and it opens the Black Rep's new season at Washington University's Edison Theatre (6445 Forsyth Boulevard; www.theblackrep.org). Performances take place at 7 p.m. Wednesday and Thursday, 8 p.m. Friday and Saturday, and 3 p.m. Sunday (September 2 through 20; no Wednesday show on September 16). Tickets are $20 to $30.# — Alison Sieloff


2. Recall the Hilarity of Sideshow Bob

What do people talk about after the end of the world? In the case of Anne Washburn's Mr. Burns: A Post-Electric Play, the same thing they did when society still existed: The Simpsons. Everything has been destroyed, and in the ruins of civilization, a group of survivors huddle around a fire and talk about the same episode of the show — "Cape Feare," guest-starring Kelsey Grammer as Sideshow Bob. The story is the only one they all know, and so they tell it over and over, eventually deciding to re-create it as a sort of ritual performance to give their lives meaning. R-S Theatrics opens its new season with this bleak and thoughtful comedy about the the power of stories. Mr. Burns is performed at 8 p.m. Friday and Saturday, and 7 p.m. Sunday (September 4 to 20) at the Ivory Theatre (7620 Michigan Avenue; 314-252-8812 or www.r-stheatrics.com). Tickets are $20 to $25. — Paul Friswold


3. Listen to the Modern-Day Version of the Andrews Sisters


Some sisters fight and compete with one another, some sisters lift each other up in supporting love, and still other sisters form girl groups and sing together for their enjoyment and yours. This last kind of sister group, the most entertaining kind, is what the Irving Sisters evoke. Although Elise LaBarge, Linden Christ and Sarah Simmons aren't sisters in the familial sense, you'll forget that detail as they harmonize and sing old favorites, such as "Mr. Sandman," "Boogie Woogie Bugle Boy" and other '30s and '40s tunes, as well as share stories about the artists who made these songs American gems. The Irving Sisters perform at at 7:20 p.m. tonight at the Kranzberg Arts Center Studio (501 North Grand Boulevard; www.irvingsisters.com). Admission is $20, cash only. # — Alison Sieloff


4. Check Out Some Gorgeous Lanterns

Since 1977 the Missouri Botanical Garden (4344 Shaw Boulevard; 314-777-5100 or www.mobot.org) has hosted one of the largest Japanese Festivals in the United States. This annual event celebrates Japan's cultural and artistic heritage through art, music and dance. There are martial-arts demonstrations, separate kimono and cosplay fashion shows, displays of bonsai and ikebana floral arrangements and, of course, the Taiko drummers. Guided walking tours of the Japanese Garden and Tea House Island — a gift from our sister city Suwa — are offered daily. This year's Japanese Festival is open from 10 a.m. to 8 p.m. Saturday and Sunday, and from 10 a.m. to 5 p.m. Monday (September 5 to 7). Admission is $5 to $15.— Rob Levy


Turn the page for more weekend fun, including a (free!) tribute to Maurice Sendak. 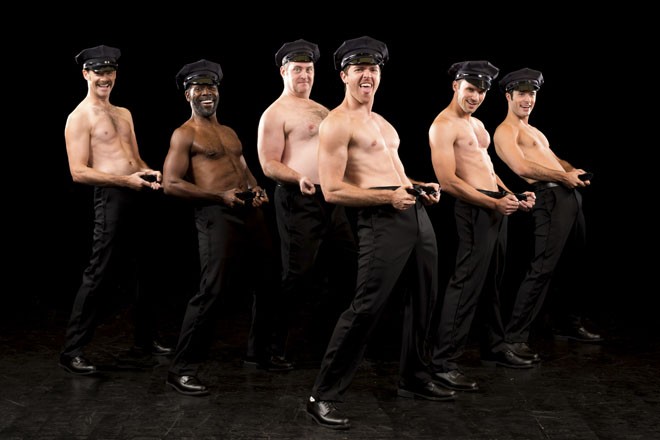 5. Visit the Library — and Some Wild Things

Maurice Sendak's Where the Wild Things Are has stood the test of generations of children, offering them a gentle reminder that even when they misbehave their parents still love them. Which is why those same troublesome kids grow up to read it to their own children; it's the secret handshake passed down through the years that gets you through solitary confinement in a small, cluttered bedroom. The Art of Maurice Sendak, the new exhibition at the St. Louis Public Library's Central branch (1301 Olive Street; www.slpl.org), celebrates the life and works of a singularly fantastic children's author. The show is built around Maurice Sendak: The Memorial Exhibition — 50 Years, Works, Reasons, which includes 50 original works of art by the man himself. Other family-pleasing highlights include a life-size replica of Max's bedroom (you can lie in his bed and see the jungle above), a sailboat for sitting in and various monsters hidden throughout the library. There are numerous Sendak-related events at multiple branches, so pick up the full schedule when you visit. The Art of Maurice Sendak is open 10 a.m. to 8:30 p.m. Monday through Thursday, and 10 a.m. to 5:30 p.m. Friday and Saturday (September 5 through October 18). Admission is free.

Stages St. Louis closes out its season by partying naked with the fun and frolic of The Full Monty. Based on the 1997 British film, this Americanized musical tells the tale of six down-on-their-luck Buffalo steel workers who become male strippers to make some serious scratch. As these unlikely buff daddies bump and grind their way down a road paved with dancing and prancing, they discover the importance of self-respect, family and friendship. Written by Terrence McNally with music and lyrics from David Yazbek, this frothy musical get its groove on with plenty of disco and soul classics. The Fully Monty is performed at 8 p.m. Tuesday through Friday, at 4 and 8 p.m. Saturday and at 2 and 7:30 p.m. Sunday (September 4 through October 4) at the Robert G. Reim Theatre (111 South Geyer Road, Kirkwood; 314-821-2407 or www.stagesstlouis.org). Tickets are $20 to $57. — Rob Levy

Indonesia endured terrible internal strife in the 1960s. Following a military coup in 1965, the country's leader, President Sukarno, gradually bled power and was ultimately ousted by General Suharto in 1967. Indonesia's communists, plus any suspected communists, bore the brunt of the instability; an estimated 600,000 to 1 million citizens were killed by the republic's military and police. Joshua Oppenheimer's The Look of Silence (a companion to his earlier film about Indonesia's civil war, The Act of Killing) tracks a family of survivors of the purge. They learn how their son was murdered, then the identity of the men who killed him. The victim's brother, an optometrist, refuses to back down before the thugs: He confronts the death-squad leaders responsible for his brother's murder. This is riveting documentary cinema with no need of hokey acting, CGI or contrived plot bombs — drama and power accrue from the real human trauma the film records. The Look of Silence screens at 7:30 p.m. Friday through Sunday (September 4 through 6) at Webster University's Moore Auditorium (470 East Lockwood Avenue; 314-968-7487 or www.webster.edu/film-series). Tickets are $4 to $6. — Alex Weir


The Staenberg Group Gateway Cup is a Labor Day tradition at this point. A mix of amateur and professional cyclists race for fun and cash prizes, respectively, in four races held in four neighborhoods from Friday through Monday (September 4 through 7; www.gatewaycup.com). And while the first three are relatively quick-racing square or rectangular courses, the final day of the cup is the Benton Park Classic: a complex circuit that requires technical riding prowess as well as brute speed. The Benton Park Classic starts on the Arsenal side of Benton Park (Arsenal Street and South Jefferson Avenue) at 10 a.m. Monday, September 7, with the juniors' race. Pro racers start at 1:05 p.m. with the women's pro categories and a field of up to 150 racers attempting that dangerous hard right turn in front of the Venice Cafe. Admission is free for spectators. — Paul Friswold