Six Things You Can Do This Weekend for $10 or Less

You know, sometimes it's difficult to come up with an introduction for these things. Maybe you just want to sit at your desk, enjoying a bear claw in the quiet before the office fills up. You know it's only a matter of time before something goes wrong, or someone's asking you for some cockamamie report you didn't care enough about to do last week when it was due. Anyway, here's some stuff we can do after 5pm today. May every bear claw in St. Louis be extra sweet this morning.

1. Witness the birth of a new fable. Stray Dog Theatre's current season comes to an end with the world premiere of Spellbound! A Musical Fable. Written by artistic director Gary F. Bell with Robert L. White, the play is an all-ages tale about a young woman named Arabella. She undertakes a hero's journey to the land of Samaren, where she encounters shape-shifting beasts in the service of Layla, an enchantress. These are the obstacles that block Arabella's path to discovering the value of her own worth, but she has the strength to triumph. While the kids are sure to enjoy it, don't dismiss Spellbound! as "only for children"; Stray Dog has a long track record of presenting thought-provoking and entertaining musicals, so adults will have a good time, too. Spellbound! is presented at 8 p.m. Thursday through Saturday (August 6 to 22) at Tower Grove Abbey (2336 Tennessee Avenue; 314-865-1995 or www.straydogtheatre.org). There are two additional shows at 8 p.m. Wednesday (August 12 and 19). Tickets are $10 to $25. 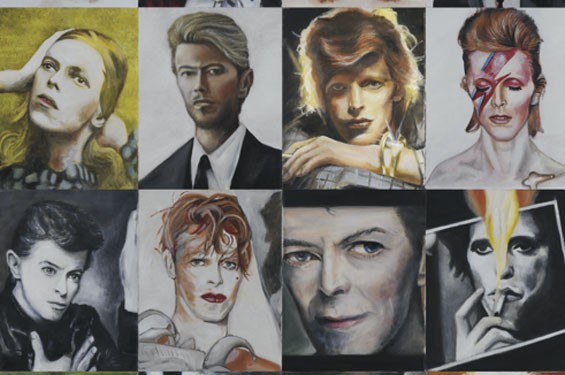 3. Marvel at the beauty of the planet Pluto. (That's right, Neil deGrasse Tyson, I said "planet." Whaddya gonna do about it?) The PlayStation 4 may be the most powerful home video game console on the market today (according to its manufacturer), but when NASA launched the 2006 New Horizon probe for a mission that would take it 3 billion miles from Earth, it went with the tried-and-true decades-old CPU that powered Crash Bandicoot on the PlayStation 1 over any bleeding-edge tech. The mission's flabbergasting findings on the dwarf planet Pluto and its five moons are the focus of NASA New Horizons — To Pluto!, this month's Nova Nights at the St. Louis Science Center (5050 Oakland Avenue; 314-289-4400 or www.slsc.org). Attendees can test upcoming video games created by area developers, play with robots in the Maker Garage and take in a lecture about NASA's mission to Pluto. At 10 p.m. Christopher Nolan's Interstellar screens for free in the theater (but not in the IMAX format; regular style only). Admission is free, as are most of the activities. — Mark Fischer 4. Buy some new art. The problem with most fine art is that once you've finished paying for it, you can no longer afford the home you were going to hang it in. But Scratchfest: An Art & Dance Festival Honoring the Life & Work of Bob Reuter changes that. The open-portfolio show features numerous printmakers who craft original and striking art that is surprisingly easy on your wallet, thanks to the black magic of mechanical reproduction. Most of the Outlaw Printmakers gang will be present, as will numerous Printbangerz workshop attendees — you buy straight from the artist and cut out the middleman. There will be live music and a couple of surprises — you'll have to go to find out what that entails. Scratchfest runs from 6 p.m. to 1 a.m. Saturday, August 8, at Atomic Cowboy (4140 Manchester Avenue; www.evilprints.com). A portion of the proceeds benefit the Cowboy Angel Foundation in memory of photographer and musician Bob Reuter. Admission is free. — Rob Levy

5. Bask in the confidence and virility of Sean Connery. John Boorman's sci-fi brainmelter Zardoz is more commonly known as "that film where Sean Connery runs around in a red diaper and pirate boots." And it's true — he does, and that's a big part of its appeal. Connery plays Zed, a primitive man from the Brutal caste who's only skill is killing. When he infiltrates the secluded world of the Eternals, the ruling elite, Zed finds himself studied, feared and used as a weapon by various factions. It's crazier than you think — a flying stone head issues weapons as needed, and the Eternals use naked mud wrestling to fight erectile dysfunction — but it's also thoughtful and inventive despite the cheesy bits. The Reel Late film series presents Zardoz at midnight Friday and Saturday (August 7 and 8) at the Landmark Tivoli Theatre (6350 Delmar Boulevard, University City; 314-727-7271 or www.landmarktheatres.com). Tickets are $8. — Paul Friswold

6. Learn about our long, drunken history. St. Louis has a long history as a beer town and a baseball town. The Brown Stockings, the team that eventually became the modern St. Louis Cardinals, was an original member of the founding class of the National League in 1875. That's also the year the Compton and Dry map of St. Louis was created — clearly, drinking and baseball are cornerstones of the city. Numerous breweries, taverns and pubs were immortalized in the Compton and Dry map (the Cardinals have done pretty well, too), currently on display as the centerpiece of the exhibition A Walk in 1875 St. Louis at the Missouri History Museum (Lindell Boulevard and DeBaliviere Avenue; 314-746-4599 or www.mohistory.org). Today at 2:30 p.m. during Drinking Up Compton and Dry's St. Louis, Cameron Collins of Distilled History discusses the brewing centers of interest visible in the map, and reveals tidbits about the history and fates of the noble structures. Admission is free. — Paul Friswold