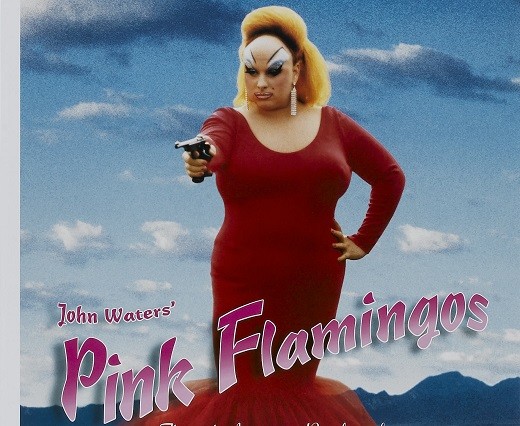 It's the last weekend in June, and St. Louis is jam-packed with fun stuff to keep you busy. And whether you're into Pridefest or Pink Flamingos, the Breakfast Club or Babes in Brassland, nothing will cost you more than an Alexander Hamilton.

Here are our seven top picks for this week's events.

1. Pay tribute to Napoleon's defeat in Tower Grove Park In every band, some musicians are relegated to less celebrated instruments, such as the cowbell or triangle, while their peers tackle the woodwinds, brass and strings. But in the 1812 Overture, those celebrated instruments all play second fiddle to the percussive power of the cannons, which composer Tchaikovsky included in his score to commemorate the Russian Army's defense of Moscow against Napoleon's French forces. The Compton Heights Concert Band's free Fourth of July tribute features a rousing performance of the 1812 Overture complete with firing cannons and Civil War re-enactors (unencumbered by cowbells or triangles) ready to lock and load. The concert starts at 7:30 p.m. Monday in Tower Grove Park ( 4256 Magnolia Avenue; 314-776-2227 or www.chband.org). — Mark Fischer

2. Watch some randy dandies get brassy The irresistible forces of the Randy Dandies burlesque company meet the traditional New Orleans jazz of the Funky Butt Brass Band in Babes in Brassland. Mimi Le Yu, Lola Van Ella and Roxy Red Rockets and the rest of the Dandies shimmy and shake while the band swings and stomps — what's not to love about that? It's an old-fashioned treat with new-look styling, all in the friendly confines of Jazz at the Bistro (3536 Washington Avenue; 314-571-6000 or www.jazzstl.org). There are shows at 7:30 and 9:30 p.m. Friday and Saturday (June 26 and 27), and tickets are $10 to $20. A word to the wise — if you wear your St. Lou Fringe badge, you get in for just $15. — Paul Friswold

3. Celebrate the love that's finally free to speak its name Every summer, PrideFest turns downtown St. Louis into an affirmation of progress and a celebration of love. Each iteration is better and brighter than the last: It's a massive street party with a major social conscience. This year's festival takes place 4:30 to 11:30 p.m. Friday, 11 a.m. to 9:30 p.m. Saturday and 11 a.m. to 7:30 p.m. Sunday (June 26 to 28) at Soldiers' Memorial (Fourteenth and Chestnut streets; www.pridestl.org). Saturday's entertainment includes the Gateway Men's Chorus and Kim Massie, with Dev headlining the evening. At 3 p.m., meet the winners of the 2015 Pride Royalty Pageant. Throughout the day, enjoy a variety of comedy acts, musical performances, and family-friendly activities including arts and crafts and a bounce house. Do bring the kids — you're never too young to learn that love is love. Admission to PrideFest is free. — Brooke Foster

4. Learn about chess as therapy in a few museum exhibit World War II wasn't an off-to-the-margins conflict that affected primarily young working-class men and women. This blowup was colossal. Besides the terror of actual combat, there were hours of stultifying, anxious downtime. What to do with all those empty hours in the pre-TV, pre-Internet age? The soldier's friend, chess, filled the need. A new exhibit at the World Chess Hall of Fame (4652 Maryland Avenue; 314-367-9243 or www.worldchesshof.org) illuminates this facet of chess' history. Battle on the Board: Chess During World War II lends insight into chess' therapeutic value for military members and includes POW chess sets from the collections of the National Museum of the Marine Corps and the National Museum of the United States Air Force. The exhibition is open Tuesday through Sunday through January 17, 2016. Admission is free but donations are appreciated. — Alex Weir

Turn the page for more awesome events, including a John Hughes flick

5. See the movie that made Divine famous. Drag queen Divine always considered himself a man — transgressive, not transgender. And if he hadn't stepped up to the plate to consume freshly deposited dog doo during the filming of John Waters' Pink Flamingos, the world may not ever have been exposed to his — and Waters' — unique talents. In the film, Divine plays Divine, "the filthiest woman alive," according to a local tabloid. Connie and Raymond Marbles want that title for themselves and attempt to destroy Divine and her extended family to get it. What follows is a bunch of messed-up stuff that made the film infamous. Pink Flamingos is shown at midnight Friday and Saturday (June 26 and 27) at the Moolah Theatre & Lounge (3821 Lindell Boulevard; 314-446-6868 or www.stlouiscinemas.com/moolah). Tickets are $5, and you must be eighteen or older to enter. — Mark Fischer

6. Explore the world of West African art The Saint Louis Art Museum (314-721-0072 or www.slam.org) celebrates the rich artistic heritage of West Africa with Senufo: Art and Identity in West Africa, a new retrospective featuring more than 170 works of art on loan from museums and private collections from around the world. This first contemporary exhibition of Senufo artwork in North America explores how the figures, masks and decorative arts of many Sub-Saharan societies were academically classified and how cultural labeling has changed their perceived context since the 1930s. Léger and Picasso were both influenced by these civilizations whose artwork requires a serious gander to better understand their significance. Senufo is on display through Friday, September 18. Admission is $6 to $12, but free on Friday.# — Rob Levy

7. Hang with a brain, a beauty, a jock, a rebel and a recluse As the laws of time dictate, some people are teenagers now, some individuals were teenagers long ago, and most of us still feel like teenagers, at least every now and again. Maybe that's what makes The Breakfast Club so special. Sure, in some ways, it's a time capsule of suburban high school in the 1980s, but it's also so much more than that. John Hughes' film endures over time — even among people who were born long after the 30-year-old film was made — because sometimes we all feel like, and are, the brain, the athlete, the basket case, the princess (or prince) and the criminal. The Breakfast Club is shown at 8 p.m. Wednesday at Schlafly Bottleworks (7260 Southwest Avenue, Maplewood; 314-241-2337 or www.schlafly.com) as part of the Webster Film Series' Strange Brew program. Admission is $5.