8 Cool Things to Do in St. Louis This Week 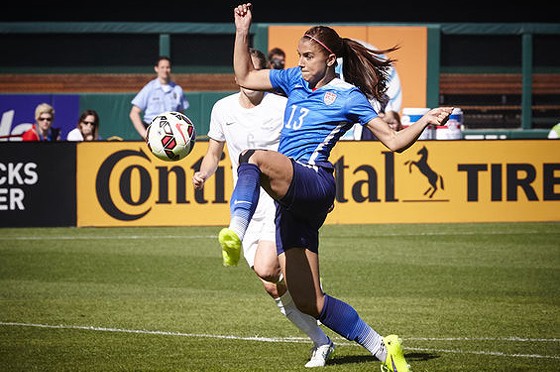 No central air? No problem! This week is full of exciting events that'll get you out of your hotbox of an apartment and into a well-cooled seat. From a modern opera to the Gipper's favorite black-and-white film, you can enjoy some high culture without breaking a sweat.

Feel like heading outdoors for some low-key fun instead? Get thee to the Soap Box Derby on Saturday, conveniently located in The Hill. Yes, you'll sweat, but you'll have a damn good time cheering on St. Louis' youth as they vroom down Macklind Avenue.

Here are our eight recommended events for the week:

1. See a silly late '60s comedy Most would agree that Humphrey Bogart wasn't the most handsome leading man, but his romances both on- and offscreen are Hollywood legend. In Play It Again, Sam, the 1969 play by Woody Allen, Allan Felix is a nebbishy recently divorced writer who has a hard time getting back in the dating game. So he turns to the ghost of his idol, Humphrey Bogart, for some much needed advice, and gets mixed results. Act Inc. presents the stage adaptation of Play It Again, Sam at 8 p.m. Friday and Saturday, and 2 p.m. Sunday (June 12 through 14) at Lindenwood University's J. Scheidegger Center for the Arts (2300 West Clay Street; 636-949-4433 or www.actincstl.com). Further performances are at 8 p.m. Saturday, June 27, and 2 p.m. Sunday, June 28. Tickets are $20.— Mark Fischer

2. Laugh at a fantastically creative Game of Thrones parody Magic Smoking Monkey has performed the good Star Wars trilogy in an hour, and it has slogged through the entirety (sorta) of Peter Jackson's Lord of the Rings films in just about 60 minutes. Its biggest challenge has arrived: Can the company lambaste all twelve hours of Game of Thrones's first season in one hour? Those monkeys will either do it, or you'll all die in the process. (See this week's feature story for more details.) Expect something close to the sex and nudity you love about the original in Game of Thrones: The Parody!, plus all the blood and more dragons than necessary. Shows are 8 and 10:30 p.m. Friday and Saturday (June 12 to 27) at the Regional Arts Commission (6128 Delmar Boulevard; 314-361-5664 or www.stlshakespeare.org). Tickets are $10 to $15. Unlike most Magic Smoking Monkey shows, the early show is not toned down for young audiences — heed that warning. — Paul Friswold

3. Admire the strength of the roller girls While the St. Louis Blues sit out another Stanley Cup Final (they're pacing themselves!), another league of heavy-hitting skaters circle each other warily in the Battle for St. Louis. Today at 6:30 p.m. at Chaifetz Arena (1 South Compton Avenue; 314-977-5000 or www.thechaifetzarena.com), the Stunt Devils and the Smashinistas duke it out for the Arch Rival Roller Girls League Championships. This being an intra-league championship, these two teams know each other's strengths and weaknesses. Expect a close bout with no love lost — or at least not until it's all over. Tickets are $12 to $25, and the opening match features the two top men's teams — Riverfront Crimes and South Grand Slammers — fighting for the GateKeepers Roller Derby league championship.— Paul Friswold

4. See that movie your dad is always raving about Four-time Academy Award-winning Western High Noon is the film most requested for White House screenings by sitting U.S. presidents. Dwight Eisenhower, Ronald Reagan and George W. Bush all listed it among their favorite films, and superfan Bill Clinton even talks about his love for the movie on the special features of the collector's edition DVD release. The epitome of American individualism and self-reliance, Gary Cooper stars as Will Kane, a retired marshal newly married to pacifist Quaker Amy Fowler (Grace Kelly). Kane must face a vengeful killer alone when the townspeople refuse to lend a hand. The film screens at 7:30 p.m. Saturday and Sunday (June 13 and 14) at Webster University's Moore Auditorium (470 East Lockwood Avenue; 314-968-7487 or www.webster.edu/film-series) as part of Webster Film Series Gateway to the Western program. Lee Van Cleef, Lon Chaney Jr., Harry Morgan and Lloyd Bridges also star. Admission is $4 to $6.— Mark Fischer

Turn the page for more fun events this week, including a soccer game. 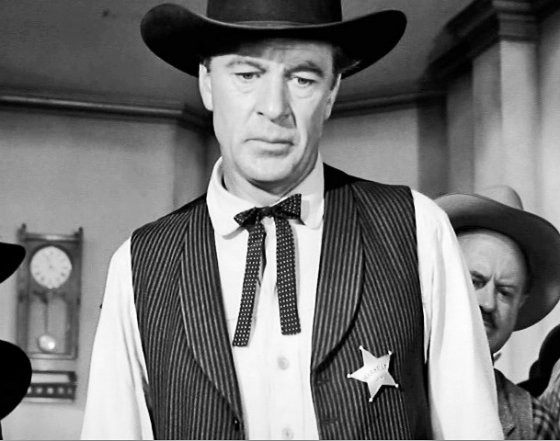 5. Sob your way through a modern opera For its final show of the season, Opera Theatre of Saint Louis presents Tobias Picker's modern opera Emmeline, which is about a young woman whose newborn son is forcefully taken from her and raised by an unknown family. Twenty years later she gets married to a younger man, and can you guess who he is? Picker's tale of woe was inspired by events in a nineteenth-century New England mill town, but there is also the hint of Oedipus present. Canadian soprano Joyce El-Khoury makes her OTSL debut in Emmeline, which is performed at 8 p.m. Saturday, June 13, at Webster University's Loretto-Hilton Center (130 Edgar Road; 314-961-0644 or www.opera-stl.org). Tickets are $25 to $125.— Paul Friswold

6. Cheer for the Soap Box Derby racers A quintessential American tradition vroooooms down Macklind Avenue this Sunday, as the R&R Soap Box Derby Race returns for another year of good-spirited fun. Boys and girls between the ages of seven and eighteen are invited to participate in the stock, super stock and masters division of the race — and the winner of each division is eligible to race at the national level later this year. For a donation, adults can take part in the Oil Can Race. The St. Louis Jaycees sponsor this full day (9 a.m. to 4 p.m.) of speedy competition on the historic Hill at the corner of Macklind and Botanical avenues (314-740-2755). Races are free to watch, and it costs $15 to compete in the oil-can races.&10;— Brooke Foster

7. Celebrate the rain in Spain at the Muny The great question behind Lerner and Loewe's My Fair Lady is not "Can a gentleman make a lady of a Cockney flower girl,? but "What does that flower girl see in that gentleman?" Eliza (the flower girl) is sweet and generous even if she can't aspirate her H's, but Henry Higgins treats her first like a project and then like a servant. Who cares if he's "grown accustomed to her face"? There's more to her than that. Ah, well. Despite the fraught implications of the romance, My Fair Lady has stood the test of time, thanks to its basketful of classic songs, not least of which are "I Could Have Danced All Night" and "On the Street Where You Live." The Muny opens its 2015 season with My Fair Lady at 8:15 Monday through Sunday (June 15 to 21) at the Muny in Forest Park (314-361-1900 or www.muny.org). Tickets are $14 to $87. — Paul Friswold

8. Cheer on the ladies at the Women's World Cup Watch Party St. Louisans love soccer for all the right reasons: the athleticism, grace and excitement that make it the beautiful game. From the legendary members of the 1950 U.S. squad to the pickup games found in parks all across the city each weekend, soccer means something to St. Louis. Partake in the Women's World Cup Watch Party at 7 p.m. at Ballpark Village (601 Clark Avenue; 314-345-9481 or www.stlballparkvillage.com), as Team USA competes against the excellent Nigerian club. Catch the action on the 24-foot outdoor screen, while pairing your soccer experience with fun games, great giveaways and delish dishes from a variety of BPV hotspots. Admission is free, but you'll need money for concessions. — Brooke Foster