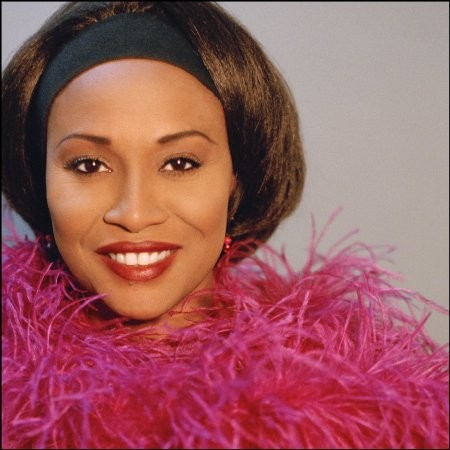 Jenifer Lewis has been living in LA and acting in movies and TV shows for almost three decades, but just ask her and she'll tell you her roots are in St. Louis -- more specifically, in the historically black city of Kinloch.

Or as Lewis herself told fellow demonstrators at a Ferguson protest in Los Angeles days after the death of Michael Brown: "I'm from the ghetto. Don't get this Hollywood shit twisted."

In May, the actress featured in ABC's hit comedy Black-ish and the new movie The Wedding Ringer is donning a new role: speaker at Webster University's 96th annual commencement ceremony.

Lewis, who claims hundreds of credits in film, television and Broadway, will speak to the 12,000 graduates and receive an honorary doctorate for her storied acting and singing career and work as an AIDS activist and with the Human Rights Campaign.

"Jenifer Lewis' remarkable personal and career achievements, as well as her deep commitment to serving the community, truly embody Webster's mission," says university president Elizabeth Stroble in a statement. "As we celebrate our centennial year, we are thrilled to welcome home an alumna who exemplifies a life of leadership and service for our students."

Lewis graduated from Webster's theater school in 1979 and has worked in entertainment ever since, with film credits in Cast Away, Think Like A Man, The Preacher's Wife, Sister Act, Beaches, Cars and The Princess and the Frog.

But before she went to Webster, Lewis graduated from Kinloch High School, a small St. Louis County suburb that was once the largest all-black municipality in America.

"I grew up, before all this Hollywood glitter and glamour, before I got to dream my dream, I lived in a place that is ten minutes from Ferguson, Missouri, called Kinloch, Missouri," she told protesters in LA in August. "I graduated from Kinloch High School and I went on to live my dream. Michael Brown just graduated from high school, and he will not be able to live his dream. We have got to do more than march, do you understand me?"

I grew up 10 minutes from #Ferguson - Praying for Peace and Justice. pic.twitter.com/ixaUvCUBB2

Lewis will give the commencement address at Webster's May 9 graduation ceremony at The Muny at Forest Park outdoor amphitheater.