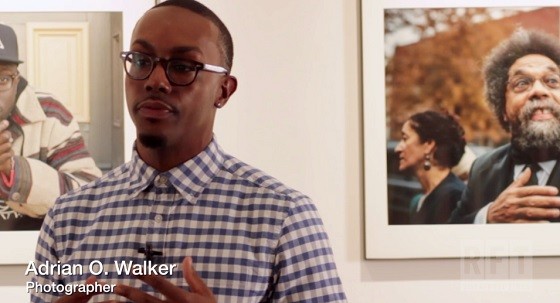 This is the last week to check out Other Ways; Other Times: Influences of the African-American Tradition from St. Louis Collections at the Philip Slein Gallery (4735 McPherson Avenue; 314-361-2617).

"It's really a who's who of African American artists over the last nearly 100 years," says Slein of the exhibit that features works from Ellen Gallagher, Toyin Odutola, Jean-Michel Basquiat and others.

"We see so many times that institutions present their African American and black tributes during February [Black History Month], but we felt it deserved prime-time placement," continues Slein. "This time in the fall -- September, October, November -- represents peak season in the gallery and art world. And we feel galleries should be showing this work year round, and not just in February."

Riverfront Times recently visited the gallery and spoke to Slein, co-curator Susan Barrett and artist Adrian O. Walker, the youngest artist included in the exhibit. In recent months, Walker has photographed many of the celebrities who've come to Ferguson, including Cornel West and Dick Gregory.