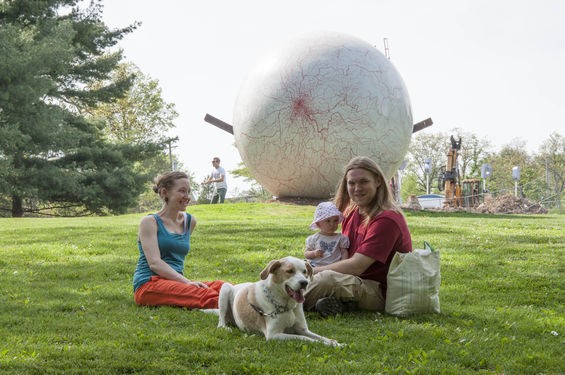 If you'd like to spend this summer taking in some outdoor art, you're in luck. A new list says St. Louis has two of the ten best sculpture parks in the world.

Best Value Schools, a site that matches students with cost-effective universities, released a list of the world's top 25 sculpture gardens, highlighting sites in the U.S., Norway, the U.K., Canada, France, Italy and Hungary. 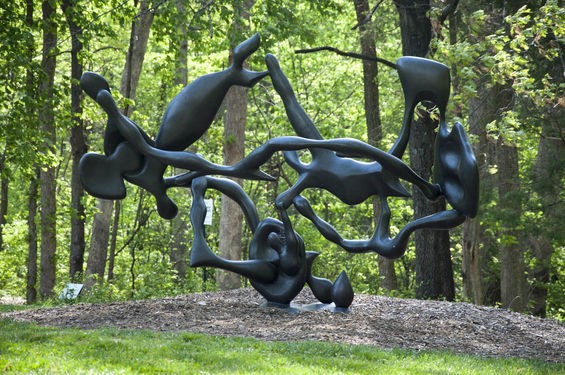 The site named Laumeier Sculpture Park, St. Louis County's 105-acre open-air museum featuring some of the world's most renowned modern and contemporary artwork, as the No. 3 most amazing sculpture garden, just behind No. 1 Storm King Arts Center in New York and No. 2 Chicago Art Institute.

Here's what the site says about Laumeier:

Founded in 1968 with a grant from former resident Matilda Laumeier, the Laumeier Sculpture Park has since won a number of grants from the Institute of Museum and Library Services and the National Endowment for the Arts. Located near St. Louis, the sculpture park covers nearly 105 acres, and includes an original 1816-era Tudor style stone home that was on the property and had once been inhabited by Mrs. Laumeier and her husband. Walking trails and an indoor gallery share the site with nearly 60 sculptures, including Tony Tassett's 2007 Eye, a giant blue fiberglass eyeball that sits looming over the landscape.

Here at Daily RFT, we're no strangers to the awesomeness that is Laumeier's rolling fields dotted with mind-bending sculptures. The park has won several Riverfront Times Best Of awards, including Best Museum, Best Picnic Spot and Best Cheap Thrill. 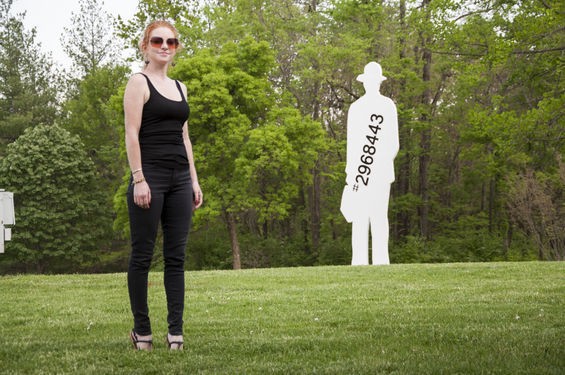 The list also highlights Ellen Clark Sculpture Park at Saint Louis University. The sculpture garden-slash-dog park is No. 8 on the list:

The former site of a fast food restaurant on the edge of St. Louis University, the Ellen Clark Sculpture Park pays homage to contemporary sculpture as well as the president of the university's love of dogs. This unique sculpture/dog park is filled regularly with the neighborhood's four-legged friends and their owners and is the home of a number of Modernist sculptures created by Brother Mel Meyer. The sculptures act as benches throughout the park, and combine form and function, creating a space for humans and animals alike. 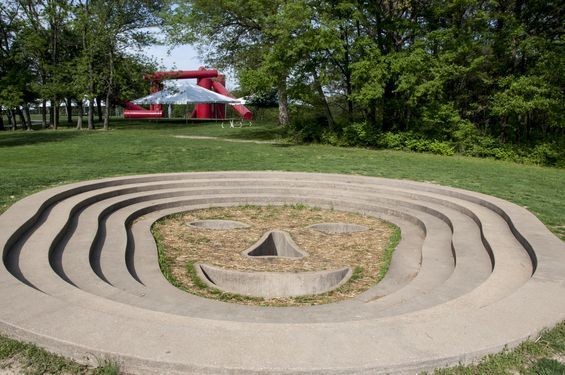 There's more to Ellen Clark Sculpture Park than meets the eye. On May 10, 1861, federal troops fired into a crowd at the site, killing 28 civilians, including children, and wounding nearly 100 more. A monument to the massacre stood until 1959, when a descendant of Daniel M. Frost, general of the pro-Confederate Missouri militia, donated the money to buy the land for Saint Louis University and banished any remembrances of those who died there.