10 Memorable Posthumous Film Performances of the Past Decade

By the time Heath Ledger's performance as the Joker in Christopher Nolan's 2008 The Dark Knight was finally seen by critics and audiences, talk of a posthumous Oscar reached a fever pitch. Naturally, the inclination to compare Ledger's work to past posthumous landmarks proved tempting, and many lists were compiled in the name of tracing the timeline of great posthumous performances.

Sadly, the recent passing of a series of notable performers -- Philip Seymour Hoffman, James Gandolfini, Paul Walker -- has again brought this on-screen occurrence to the fore. However, rather than merely rehashing a list with legendary performances that are already written in stone, the following list of ten actors restricts its focus to the past several years, ideally making room for posthumous work both from major leading performers (like a Hoffman) and less-headline-friendly character actors. 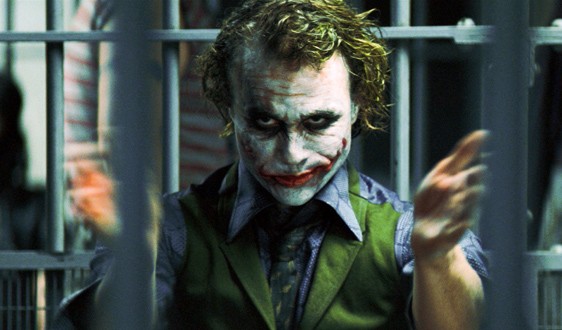 The late Philip Seymour Hoffman appeared in two new films at this year's Sundance Film Festival: A Most Wanted Man, director Anton Corbijn's John le Carré adaptation, and God's Pocket, the feature-directing debut of Mad Men star John Slattery. Both films will arrive in U.S. theaters soon (God's Pocket on May 9, A Most Wanted Man on July 25), but for those still feeling the effects of Hoffman's passing, it's a comfort to know that his work in the next two Hunger Games films remains on the horizon.

In the fall of 2013, Nicole Holofcener's Enough Said was released to universal acclaim, with James Gandolfini's recent death undoubtedly adding resonance and feeling to the movie's romantic coupling (Julia Louis-Dreyfus plays his sparring partner). His performance was so beloved, in fact, that there were brief predictions of a posthumous Oscar nomination. While that didn't materialize, the work still speaks for itself: In the words of the Voice's Stephanie Zacharek, "Gandolfini's charisma isn't something turned on at will, but a radio vibe that radiates from deep within...Part of what Gandolfini does here, of course, is acting; but sometimes acting is an intensification of just being." Gandolfini's posthumous film work continues later this year with the release of The Drop.

Less than a month after Paul Walker's sudden death in November 2013, Eric Heisserer's Hurricane Katrina drama Hours was released. The film is notable for requiring a more commanding dramatic presence from the normally low-key Walker. The Voice's Alan Scherstuhl writes the following of the film: "The late Paul Walker practiced the kind of manly American acting that often doesn't look like acting at all...Now...Walker is starring in a film that demands the opposite of him. For once, he shows his work." Walker's posthumous output continued with the April 2014 release of Brick Mansions (a film whose vision of racial harmony takes full advantage of Walker's nice-guy persona) and will conclude with the planned 2015 release of Fast & Furious 7.

Following his death in July 2013, two films featuring Cory Monteith premiered: Gia Milani's All the Wrong Reasons, which has thus far only been screened in Canada, and Josh C. Waller's McCanick, for which Monteith received several positive notices. The Voice's Inkoo Kang wrote that the film's main character, played by David Morse, "only comes to life when he's face-to-face with [Monteith's character]."

Almost two years after Roy Scheider's death in February 2008, Joshua Newton's Iron Cross, starring Scheider as a retired New York cop, received a one-week theatrical run for Oscar qualification. Nothing ever came of that, and though the film received mostly negative reviews, Scheider's work was typically well-received: For L.A. Weekly, Tim Grierson writes that the actor brought a "haunted gravitas" to his role.

Like the film itself, Pete Postlethwaite's posthumous performance in Nick Hamm's Killing Bono wasn't greeted with much warmth when it was released: most critics complained that his character, a gay landlord, was too broadly conceived. (The Voice's Michael Atkinson describes the role as "a lovable, double-entendre-spewing queen.") Best to remember Postlethwaite's end-of-career work, then, by his impressive run in 2010, which included supporting work in two hugely successful, high-profile releases: Christopher Nolan's Inception and Ben Affleck's The Town. 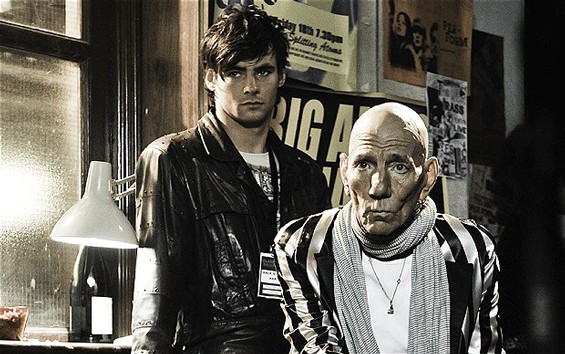 The first posthumous Brittany Murphy performance came in Michael Feifer's thriller Abandoned, which Anchor Bay Entertainment released direct-to-video in August 2010. Almost four years later, Darin Scott's Something Wicked -- which was shot in Oregon just months before Murphy's death in 2009 -- will finally be getting a theatrical release in April. 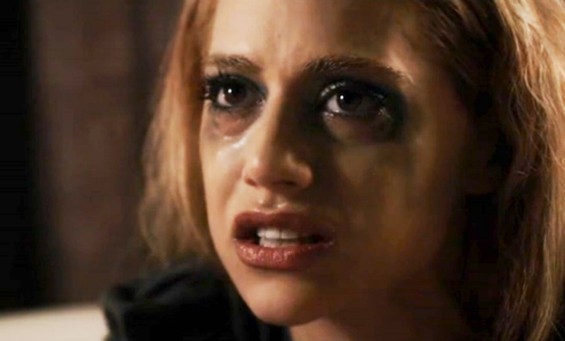 In keeping with his prolific, varied career, character actor Maury Chaykin's posthumous output (he passed away on his 61st birthday in 2010) is extensive and diverse, encompassing both small-screen (a single episode on the series The Drunk and on Drugs Happy Funtime Hour) and feature-film work (Barney's Version, Casino Jack, Content Unbecoming).

Released a few months after Whitney Houston's death in February 2012, Sparkle represents her return to big-screen acting after her mid-'90s run of The Bodyguard, Waiting to Exhale, and The Preacher's Wife. Her work in the film, which she also executive-produced, was favored by critics. Of Houston's rendition of "His Eye Is on the Sparrow," the Voice's Melissa Anderson writes: "The moment is not as sublime as Mahalia Jackson's 'Trouble of the World' in Douglas Sirk's Imitation of Life, but it's close enough.

Though she gave two Oscar-nominated performances in the late-'70s (An Unmarried Woman, Starting Over), Jill Clayburgh's acting career consisted largely of television work. Her two posthumous performances, however, both came in popular big-screen comedies: Love & Other Drugs and Bridesmaids.