St. Louis is the Best City in the U.S. for Writers: Report 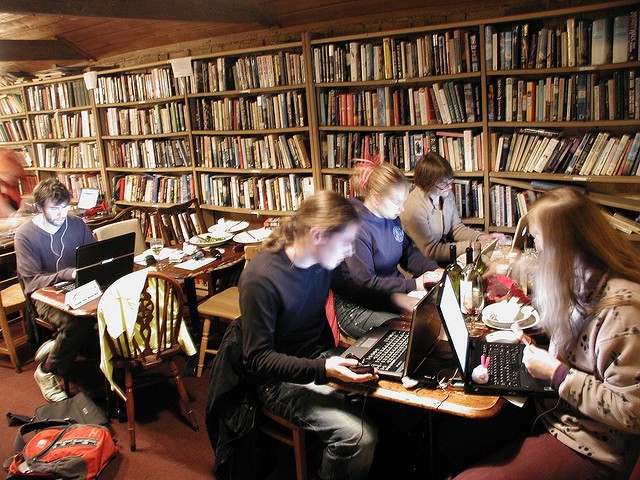 St. Louis' cheap digs and burgeoning artistic community make it the best city in the nation for wannabe writers, according to a study from MyLife.com, a social aggregation site.

MyLife ranked America's 100 biggest cities according to assigned scores in four categories: cost of living, writer job openings, percentage of population working in the arts and the number of bookstores and coffee shops per capita.

St. Louis scored in or near the top quartile in each of the four categories, and that consistency cemented their place in the No. 1 spot, according to MyLife.

The study's organizers looked to the U.S. Census to see how many working artists lived in each city. St. Louis had more working artists than 90 percent of other cities listed.

"Writing is certainly an art, and the more people in a city with the same ambitions as you can be a great source of inspiration," MyLife says. "The more of these folks there are to meet, the easier it will be to collaborate and grow as a writer."

"Obviously, writers love reading, and hate Kindles and iPads," MyLife says. "Nothing beats holding an actual book in your hands. And there's just something about the mix of caffeine and people watching that gets the creative juices flowing."

MyLife only skims the surface of the resources available to writers who make the Lou their home. The St. Louis Writers Guild hosts monthly workshops, open mics and author series, and the STL Writer's Room gives writers the space to pen their masterpieces and become as famous as Webster Groves native and author Jonathan Franzen.

Despite being centers of culture and the arts, both New York and Los Angeles were disqualified from this ranking from the get-go, MyLife says. Those cities are just too expensive.