Some people go to nature and take photos of trees and lakes. Ellen Jantzen does, too -- but then she digitally reconstructs them to make something nobody has seen before.

In an exhibition on display at the Bruno David Gallery until November 30, Jantzen uses photos she took of nature around Missouri and rural Illinois and uses them as the backdrop for more complex visual layers.

Jantzen aims to make a point about the impermanence of nature and reality through layering natural imagery with technology -- but that point is also impermanent, because viewers are encouraged to make their own narrative.

"By obscuring a portion of the image through a veil, I strive to heighten the remaining reality through discovery and reflection," Jantzen says.

Jantzen is from St. Louis but had been living in Los Angeles for twenty years, working in fashion and commercial arts, including a stint as the senior production designer for the Barbie line at Mattel. In 2003 she started doing digital manipulation photography.

Four years ago Jantzen and her husband moved back to St. Louis to help take care of their aging parents. Since she's been back, Jantzen has traveled to nearby locations to take photos and then digitally reconstruct them into the surreal images now on display.

See more of Ellen Jantzen's photos on the next page.

Trees are an important theme in this series, and Jantzen says they symbolize growth, decay and resurrection.

"It's sort of a celebration of trees by obscuring them," she tells Daily RFT.

To create the images, Jantzen took a photo of a spot in nature and then layered other images over that. Each of these photos have about ten different layers, she says. 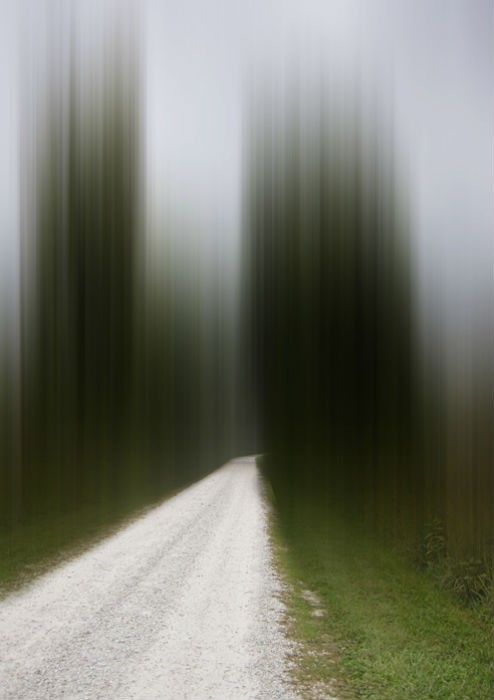 There are even more awesome photos on the next page.

For more information on Jantzen, check out her website and see her photos at the Bruno David Gallery until November 30.