St. Louis has a thriving community of urban explorers who delight in drawing back the curtain on strange, human-made and human-abandoned urban landscapes. We've featured photos of Forest Park Hospital, the condemned Powell Square building and the old downtown Macy's here on Daily RFT.

Photographer Dan Wampler does things slightly differently: He gets the building owners' permission first. That's how he became the only photographer to get a glimpse of Crestwood Court mall, the empty shopping complex that closed its doors for good back in July.

With Wampler's permission, we pulled ten of our favorite images from his eeire new set from Crestwood, a part of his "Contemporary Ruins" series.

When it first opened in 1957, "Crestwood Plaza" was the St. Louis region's first major mall. It was once home to Dillard's, Macy's and Sears. Declining revenue and the departure of some of those major department stores caused increasing vacancies, and several development plans have fallen through. In 2012, the last of its tenants were told to move out, leaving only a LensCrafter store, due to close this fall.

Wampler had 1.1 million square feet of empty, echoing retail space to play with (not including a seriously creepy basement). Here's how he describes his process:

After 56 years in operation, Crestwood Mall closed its doors to the public in July. Digital artist Dan Wampler was granted access to the now empty Mall capturing images as part of his ongoing series, "Contemporary Ruins" an artistic archive of our society's modern ruins . His images are captured in High Dynamic Range (HDR) a process where between 3 to 9 images taken at different exposures are blended to create one finished image. In this case because of the low light, many exposures lasted as long as five minutes. 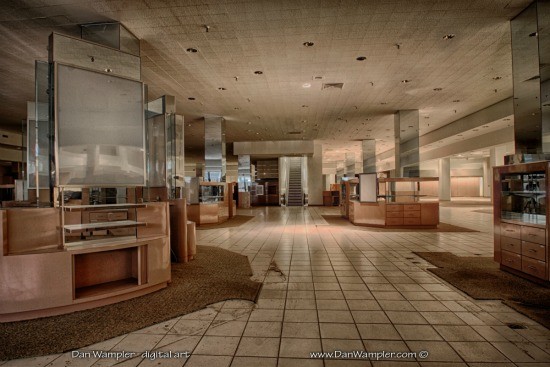 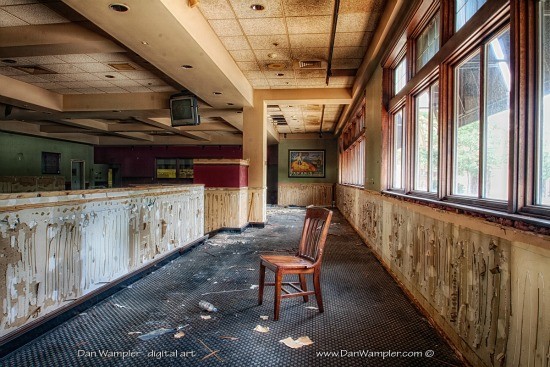 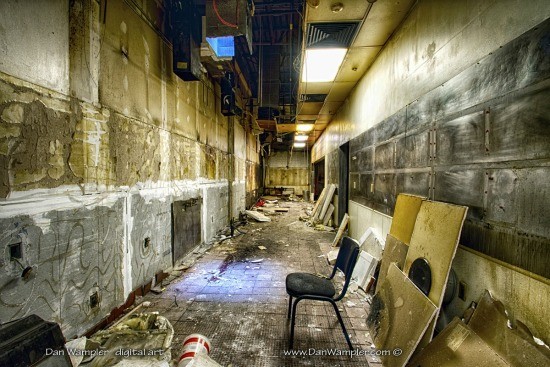 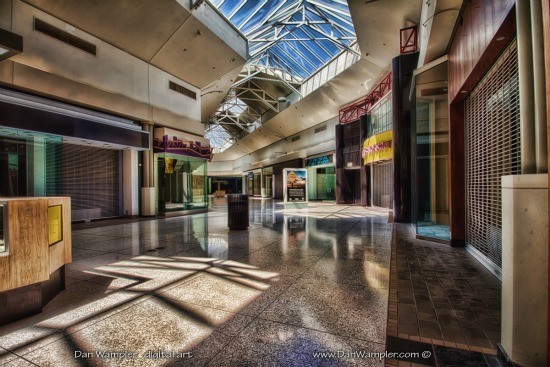 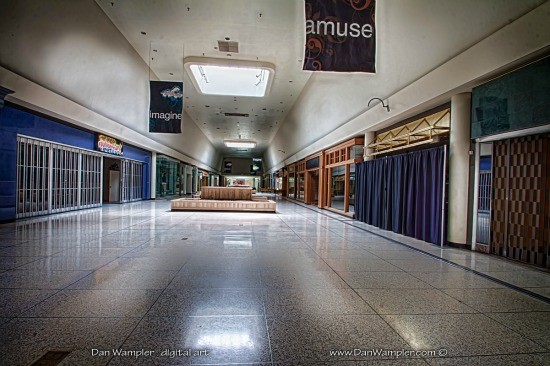 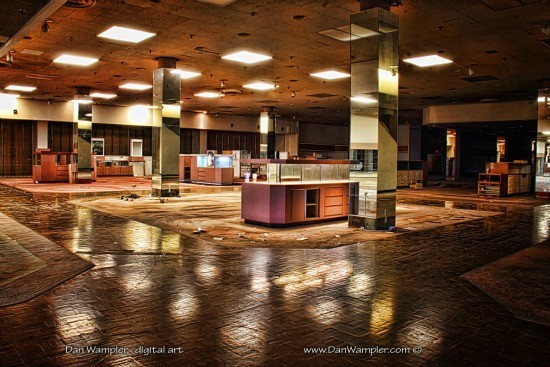 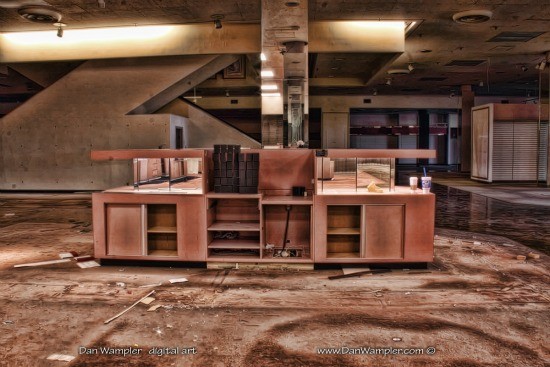 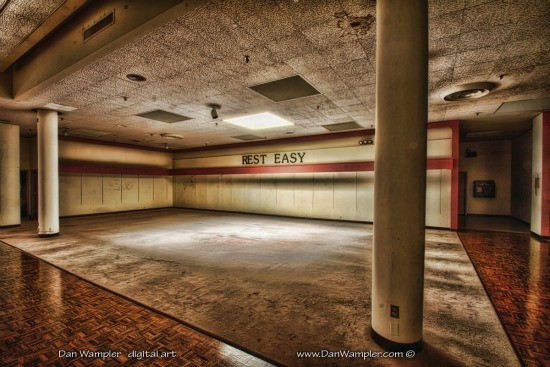 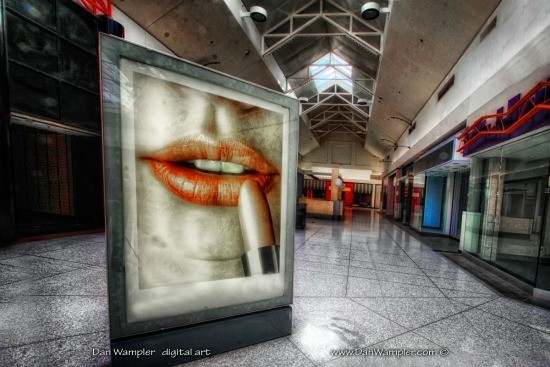 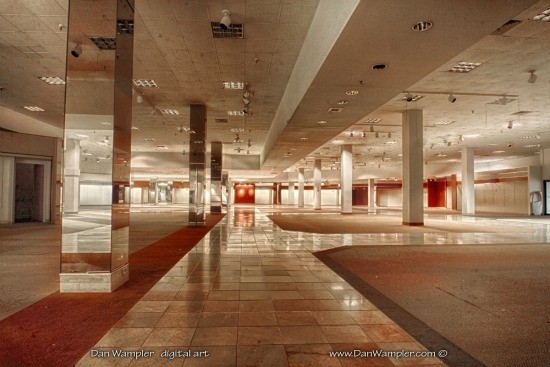 Check out the rest of Wampler's series "Contemporary Ruins" on his website here or find more work on his Facebook page.

And to see more of Crestwood Court, check out this video shot in the mall's "final days":