Comic book hero creator Stan Lee, now age 90, was in St. Louis on Saturday for the Wizard World St. Louis Comic Con at America's Center. The man who helped shape Spider-Man, the Hulk, the X-Men, the Fantastic Four, Iron Man and Thor, among others, met with fans bright-and-early for a Saturday, 9 to 9:45 a.m. 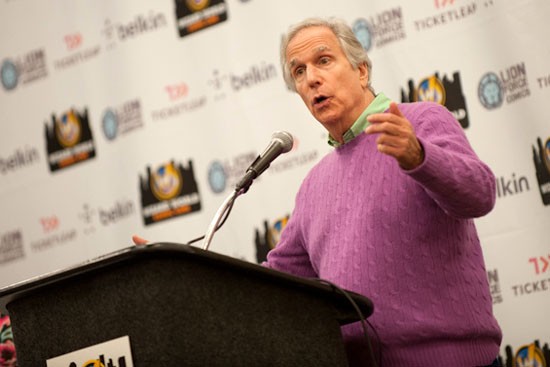 Henry Winkler, best-known as The Fonz in Happy Days.

James Marsters, who played Spike on Buffy the Vampire Slayer.

Morena Baccarin, best-known for her various roles on Firefly, Serenity, Stargate SG-1 and the follow-up film, Stargate: The Ark of Truth.