New Street-Art Mural on Cherokee: Can it Last?

For years, the drab exterior of 3124 Cherokee St. has hidden a metamorphosis inside: What was once a German banquet hall and then a Mexican eatery is now known as El Leñador, a punk-hipster cave where you can check out bands and guzzle $1 Stag cans on Wednesday nights.

But now the cool kids' secret is out -- by which we mean, it's been announced on the outer walls, wrapping around the building and electrifying your face -- all thanks to a gang of street artists who got permission from the property manager and completed a mural over the weekend.

The question is: Can it stay?

"Every single person who's stopped by has said, 'Oh my God, this is awesome,'" says Jenn Carter, co-founder of Aisle 1 Gallery.  She organized the project after finding out that a group of respected street artists from around the country were converging on St. Louis and joining forces with local boys known as the LD crew.

She managed to quickly gain permission from the building's manager, Ruben Alejandre, and work was done by Sunday night. But as of Monday afternoon, she still hadn't heard reactions from Alejandre, or from 20th Ward Alderman Craig Schmid. And she's wondering if the powers-that-be and ne'er-do-wells in the vicinity will allow it to stand unmolested.

"We've been down this road before," she says. 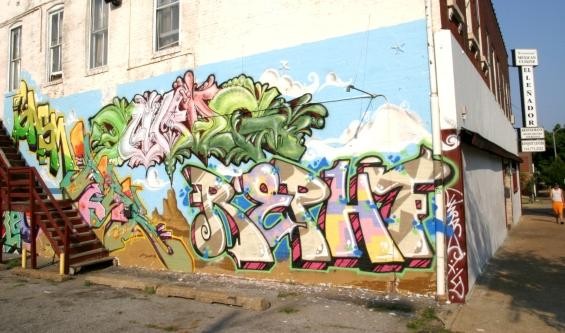 She's referring to the mini-controversy that occurred five years ago at Waberi Grocery Store building a few blocks to the east. In 2007, local street artist Peat Wollaeger corralled a group of Australian street artists to help him with a mural on the west wall of 2724 Cherokee.  But after a few locals tagged over it and the city issued a citation, the whole project was painted over with a rust-red hue that remains today.

Jenn Carter says that sometimes, a big new piece of street art can embolden gang members to wantonly scrawl their own messages on private property.

"It's a catalyst, I'm not going to deny that," she says. "But there's a certain level of respect you have for a high level of art. It's not people tagging something out of hate or for dominance."

Carter says she fears that "When people see art like that - and by 'people' I mean young boys -- they think they should do it too. But they don't know how, and they don't know the code of ethics." One part of that code, she says, is not painting over something that's "sick" (i.e., skillfully done). She hopes people respect that code with the El Leñador project.

She says she's already explained the arrangement to Brightside St. Louis so that they wouldn't treat the art as a nuisance to be rubbed out. She also vows vigilance against gang graffiti.

"I have no tolerance for the crappy tags," she says, "and I speak very loudly and quickly to take care of it."

But she also calls for dialogue.

"We're going to start opening up this conversation of what is graffiti and what is art, and how to get the neighborhood to respect a high-level of art." 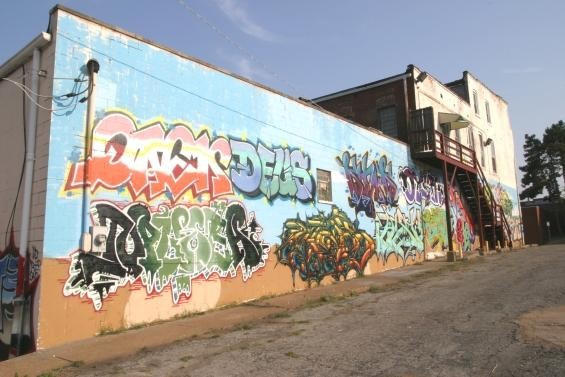 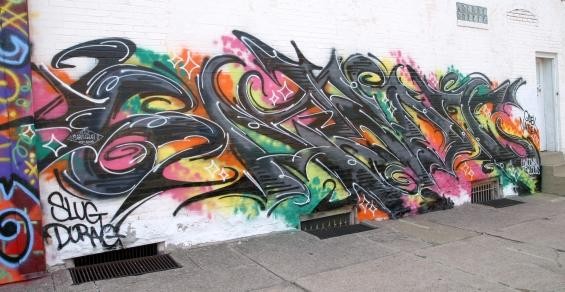