"Bonehead," "Cowardly," "Treachery": Supporters Fight to Save the University of Missouri Press 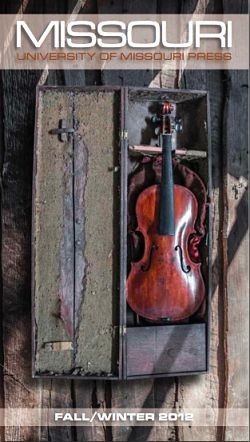 Well, that didn't take long. Alerted to the planned demise of the University of Missouri Press, supporters are attempting to rally an organized resistance on Facebook. Save the University of Missouri Press has already garnered more than 400 supporters -- or at the very least, "likes," -- as well as much-needed publicity from Publishers Weekly and a letter-writing campaign.

It may just be writing that saves the press, especially if more letter writers take the same principled stance as alumnus Thomas Strong does in his letter.

Strong's broadside at University of Missouri President Tim Wolfe opens with pointed questions about Mizzou's commitment to academics, turns to accusations of cowardice and then finishes with the death blow: a vow to never donate to the school again. It is a marvel of economy and disdain, and is well worth reading.

Of all the bonehead decisions made by my alma mater, this one takes the cake. Even the cowardly way you made the announcement, just before a major holiday when it would draw the least attention, reveals that you are not proud of your treachery. I know you may find this letter offensive, but it would be disingenuous of me to write a more politically correct message. I cannot adequately express how offended I am by your decision. Please remove the plaque that bears my name in a room of the law school. I will make no further financial gifts to MU.

Have a nice day.
Yours very truly,

That's how you fight the man, my friends: with an iron spine, a poison pen and economic sanctions.