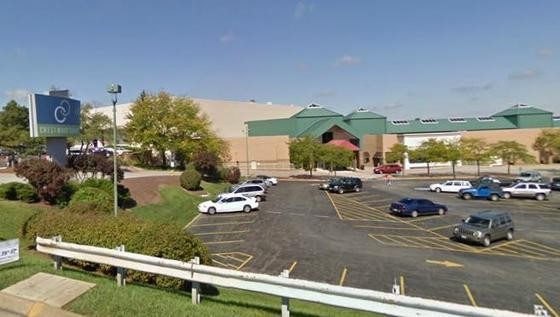 They all knew it was coming -- but now it's finally official. Tenants at ArtSpace at Crestwood Court mall have received notice that their leases will be up at the end of February and that they'll have to leave to make way for the mall's renovations.

Tony Stephens, the general manager of Crestwood Court, tells Daily RFT that about 40 of the 60 ArtSpace tenants were notified on December 2 that they would have to leave the mall. The remaining tenants will receive their notice as soon as the mall finalizes the construction schedule.

"We gave them 90 days notice," Stephens says. "The vast majority of the tenants understand and are thankful for the opportunity to have been part of ArtSpace. We didn't promise them anything beyond a year, and it's now been two-and-a-half, almost three, years."

Stephens adds that once the renovations are complete, there will be 50,000 square feet allotted for a continuation of ArtSpace. The entire mall is approximately one million square feet.

In the meantime, the Regional Arts Commission is working with the ArtSpace tenants to help them find new homes. (Dan Tierney, the RAC staff member in charge of the relocation project, has already left for the holidays and was, therefore, unavailable for comment.)

Larry Mabrey, the producing artistic director of the Avalon Theatre Company, one of ArtSpace's longest-term tenants, says he's been preparing for the move for a while. "We thought it actually might happen in the last quarter of this year," he says, "so we've gotten some extra time."

Avalon planned its schedule this year to center around Portrait of My People, an educational outreach program that will travel around the region, rather than being tied to the company's main stage in Crestwood Court. "We didn't want to cancel the season," Mabrey explains.

Avalon will not be relying on the RAC to help it find a new space. The spaces the RAC has found, Mabrey says, are in industrial areas and more conducive to visual art studios than a theater. Anyway, he hopes Avalon will be able to return to the mall once construction wraps up. The official schedule and plans for the demolition renovation won't be released until the mall management works out leasing commitments with other tenants, but the entire project is expected to take two years.

"We feel we've built good relationships with all the parties," he says. "[The mall's management] has been more than fair. We've had a very good open conversation."