Artists at Crestwood Court Need to Find New Space, But When? 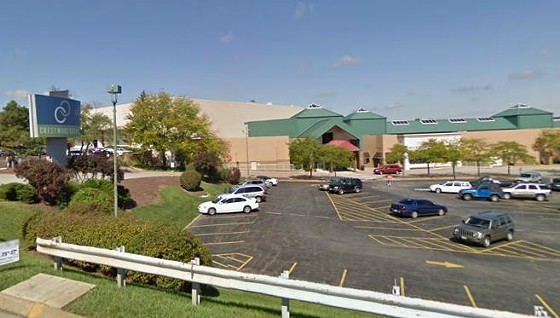 It was never meant to last forever. And already it's gone on a year longer than expected. That said, the end is on the horizon for the dozens of arts organizations that have made Crestwood Court their home for the past three years.

"It's been a great opportunity that has worked very well for us, giving a small and growing arts organization a home and a public space to build a relationship with our audience," says Larry Mabrey, producing artistic director at Avalon Theatre. "We knew that it was not a forever arrangement. And now it's looking like the time to leave is approaching."

Mabrey says that his group is currently searching for a new home after hearing through the grapevine that Crestwood Court's owner -- Chicago-based Centrum Properties -- is moving forward with plans to renovate the mall.

But when exactly arts organization will have to leave the mall has yet to be determined, according to Centrum.

When the company purchased the property in 2008, the once bustling mall with one million square-feet of retail space was down to just a few stores. It was then that Centrum began offering artists cheap leases to fill the mall on a temporary basis -- eighteen months to two years -- while the new owner looked for ways to redevelop the property. Thousands of square feet of space could be had for as little as $100 a month.

The mall has been "ArtSpace" for nearly three years now. Sol Barket, with Centrum, tells Daily RFT that the redevelopment plans for the mall are at last moving forward.

"We have always intended on redeveloping the property sometime in the year 2012, which coincides with the expiration of the Dillard's lease, and we're moving forward on those plans," says Barket, who adds that an official announcement on the future of the mall could come by the end of the year.

Still, he says it's premature to say when arts organizations will have to move out to make way for renovations. "Once we know a date, we'll sit down with tenants, the city and media and lay out the plan." he says. "Our goal is to have some kind of art space as part of the new project."

Daniel Tierney, deputy director of the Regional Arts Commission, which helped find artists to fill the mall, says that Centrum's desire to include artists in its redevelopment is proof that ArtSpace worked.

"Crestwood was the first mall of its scale to do something like this," says Tierney. "And already you're seeing the model being replicated elsewhere including Artropolis at Chesterfield Mall. I'd say the experiment was by-and-large a success."

Tierney says RAC recently received a grant to study ArtSpace so it can be used as template for other retail centers.