Bob Cassilly's Ashes To Be Spread Along Mississippi River 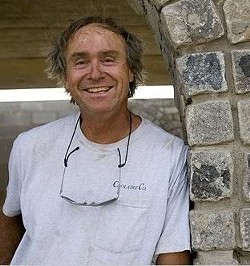 Giovanna tells us that funeral arrangements are still being made for the City Museum founder, but the event will likely take place this Saturday on what would have been the couple's seven-year wedding anniversary.

At least part of Saturday's ceremonies will occur at a yet-to-be-determined Catholic church at the request of Cassilly's mother. Later in the day Giovanna says family and friends will hold a private ceremony at her husband's unfinished project, Cementland, located along the Mississippi River in north St. Louis.

The plan there is to light a bonfire in Cassilly's honor and then canoe out into the water to spread his ashes.

"I know my husband pretty well, and I can say with certainty that he can't be placed in a box in the ground. That wouldn't work for him," she says. "He loved to canoe and would take the boys canoeing a lot to the island across the river. This is what he would want."

On Monday night Giovanna visited the morgue to identify her husband's body. She says initial findings place the cause of death as trauma to the head from when a bulldozer Cassilly was operating along a hillside in Cementland flipped over once, perhaps twice, before landing upright.

Yesterday Giovanna informed her children Dylan, 11, and Robert III, 6, that their father had died. The family took flowers to Cementland and left them near the bulldozer that remains on the scene. Cassilly had dedicated much of the past decade to Cementland, and it was not uncommon for the artist to lose track of time when working on the project. Still, it concerned Giovanna when she woke up early Sunday morning to catch a flight to Los Angeles and her husband hadn't come home. 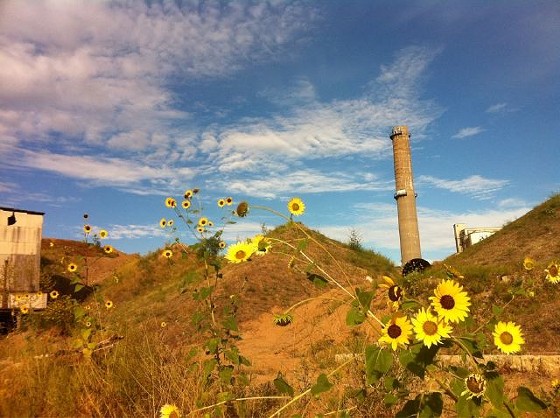 "I texted him before I left and continued once I arrived in L.A.," she says. "When I still hadn't heard from him Sunday night, I grew very concerned. I didn't sleep well that night and was up at 4 a.m. Monday continuing to try to reach him."

Finally, around 7 a.m. Monday (St. Louis time), Giovanna contacted one of the main workers at Cementland and asked that he check to see if Cassilly was there. "He called me back and said he'd found him. Bob was not okay. I packed my bags and headed back to the airport."

It's still not clear when exactly Cassilly died. It's believed he was last seen alive around 4 p.m. on Saturday, meaning that the bulldozer accident could have occurred between then and Monday morning.

Giovanna describes her husband as a risk taker and a man who considered himself somewhat invincible. "He was physically the strongest man I've ever known," she says.

Still, there was always the foreboding concern that his carefree attitude would someday catch up to him.

In fact, Giovanna says that last weekend was not the first time that Cassilly had flipped a bulldozer or tractor. He'd done it several other times and walked away.

Giovanna says she's been overwhelmed with the reaction from the community to her husband's death and believes his passing will only serve as more motivation for his dedicated employees (known affectionately as "the Cassilly crew") to finish Cementland and continue his legacy at City Museum.

"Many of these people had worked for Bob for decades," she says. "When you're that loyal to someone and work that closely with them, you get the idea of what is next. The crew understands his vision more than anyone. And I, too, have his sketches and ideas, so we're pretty optimistic that as a team the museum and Cementland will move forward."

In addition to Giovanna and their two kids, Cassilly is survived by two children from a previous marriage -- Max, 26, and Daisy, 23 -- two brothers, a sister and his mother.