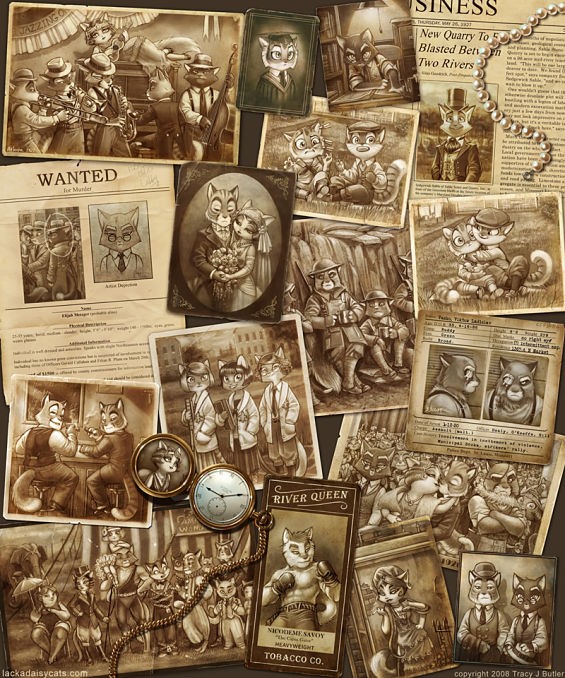 In a cave beneath the Little Daisy Cafe sits Lackadaisy, 1920s St. Louis's wildest speakeasy, populated by tough dames, bad cops, quick-draw triggermen, a couple of incompetent rum-runners, a pair of wide-eyed ingenues -- cool cats all, at least as drawn by their creator, Tracy Butler, in the web comic Lackadaisy.

Now, after five years of hijinks and high adventure, Lackadaisy has been nominated for an Eisner Award, the highest honor in the comics industry.

Lackadaisy, Butler says, concerns "a group of shady people who are trying to run a speakeasy and are doing a bad job of it. The central protagonist is Mitzi, whose husband died and left her the cafe and the limestone cave where the speakeasy is. There's a band that plays there, and one of the members volunteered to be a rum-runner, picking up beer off the river. They've gotten in trouble with a competing gang of rural types who distill their own whiskey and moonshine, and all hell breaks loose." 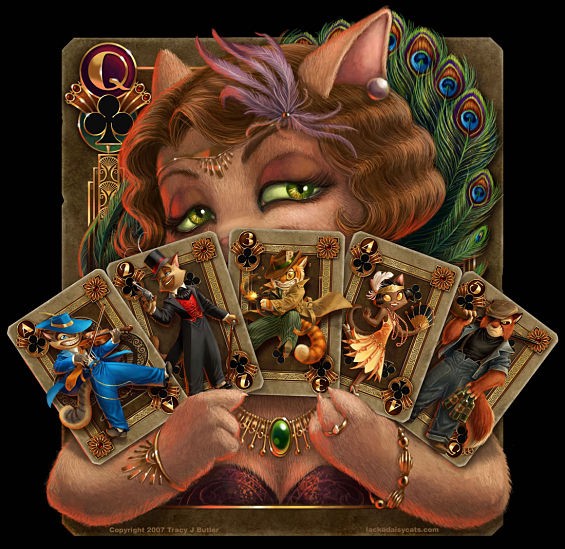 That's the story so far. As Butler draws each new installment, she posts it on her Web site. Progress has been slower than she'd like because of two factors: first, her day job as art director at the St. Louis video game company Simutronics and second, the fact that Lackadaisy requires an extraordinary amount of research. Its characters frequently leave the speakeasy to explore other parts of the city, like Forest Park or the campus of Saint Louis University, and Butler takes pains to draw them as accurately as possible.

Butler first became fascinated with the 1920s when she bought a historic house in St. Charles. "The twenties were a very romantic time period," she says. But also very violent, which is why she decided to populate the comic with cats. "I didn't want the story to be heavy on melodrama," she explains. "Big-eyed cat characters lighten the mood. They're also fun to draw."

Because she'd never created a comic before, Butler decided to self-publish online instead of seeking out a traditional publisher. Two years ago, the publishers came looking for her instead; in February of 2009, 4th Dimension published the first collected volume of Lackadaisy. (It's currently available on Amazon.) Butler estimates that she's currently about halfway through Volume 2.

The Eisner nomination, however, was a complete surprise. The winners will be announced at an awards ceremony next month on the eve of San Diego Comic Con, the biggest event in the comics industry. But Butler won't be there.

"I go to Comic Con every year," she laments, "but this year I'm not. And then by the time I found out I was nominated, the hotel rooms were all booked up and all the tickets were sold."