March 21, 2011 at 12:26 PM
comment
This weekend, in case you somehow missed it, St. Louis played host to the Southern Graphics Council International Conference, with an offshoot event on Cherokee Street as well as edgier programming by Tom Huck's Evil Prints. Brooklyn-based muralist Swoon was in town, putting up a mural on the side of the Bruno David Gallery and giving an artist's talk.

But it looks like the artist left a few other pieces behind, adding St. Louis to spots like Berlin, Maui, Philadelphia and Pittsburgh that can boast Swoon-decorated streets. These wheat-pasted paper fellas were spotted on Cherokee Street, as well as on South Broadway, where this photo was taken. Street artists don't generally sign their work, but it sure looks like Swoon's work to us. Rad. 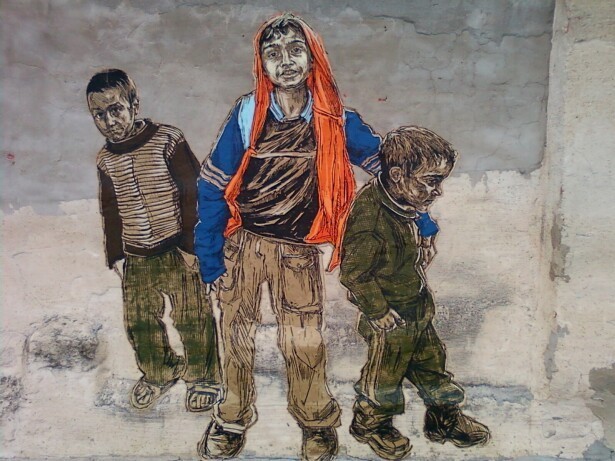