The flood wall that runs along the Mississippi just south of the Arch at the terminus of Chouteau Ave has to be one of the longest murals in America. The art is always in flux, with new images constantly going up on top of the old ones. On Saturday, five St. Louis artists added a few impressive new layers.

The "Big Oil Kills" piece pictured above is the work of a street artist who goes by the name Jonny Xacto. Here's him working on new stencil on the wall:

And the final product: 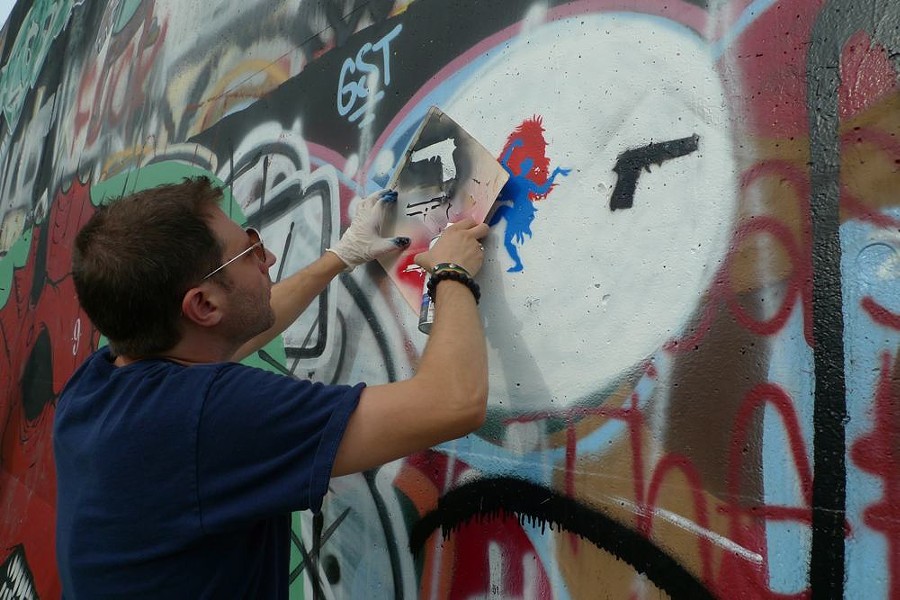 The paint session was spearheaded by Justin Tolentino and Jason Spencer, who paint collectively under the name Like a Beer in Deadlights. Here they are at work:

And here's the final product, titled "Trice," which took about four and a half hours to create from start to finish and was done entirely freehand with brushes:

They were joined by two other artists as well.
Ender added this clean, colorful tag to the left of the triceratops: 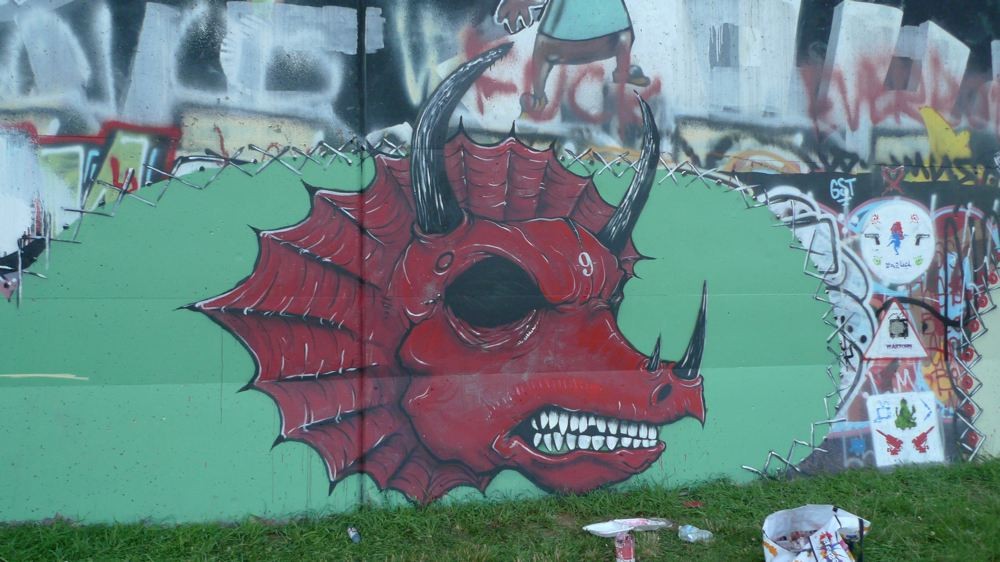 Tolentino, Spencer, Jefferson, and Ender will collaborate with six other St. Louis artists to create a massive indoor mural at the Regional Arts Commission for the exhibition Screwed Again, which opens Friday, August 13.