Once upon a time, the River City had a reputation as something of a street art and graffiti mecca. That was way back in 2000 when Paint Louis was happening and some of the coolest cats to ever shake a can of spray paint made pilgrimages to the city to write their names wild-style on the massive flood wall that runs along the Mississippi River near Chouteau Avenue.

The city canceled the event when tags appeared unsolicited on nearby businesses and warehouses. In the following years, grass grew unchecked by the wall and irreplaceable works of art by the likes of Zephyr were mangled by amateur taggers. Meanwhile, thanks to Banksy and other incredible stencil artists, street art went worldwide, leaving St. Louis as little more than a distant afterthought in the burgeoning global scene.

But that doesn't mean quality work from local artists stopped happening. In fact, thanks to stencil master Peat Wollaeger and other dedicated individuals, the 314 is again gaining notoriety for the innovative and impressive pieces of guerrilla art that add many shades of color to our otherwise monochromatic brick city.

In honor of Banksy's film "Exit Through the Gift Shop" opening today at the Tivoli and the graffiti competition going down tomorrow at 2720 Cherokee, here are ten of our favorite images, mostly pulled from the St. Louis Street Art Flickr Pool.

The incomparable Redd Foxx (aka Ed Box) was named Best Graffiti Artist by the RFT last year for burners like this one. "Get Up, Get God" is a recurring phrase in his art.

You Go Girl has to be one of the best tag names of all-time. Keep an eye out and you'll see his/her pieces all over the city. This one came from the Near North Riverfront:

Justin Tolentino is known more for his dark caricatures painted on canvas and screen-printed on t-shirts but his owl on a garage door on South Broadway near Chouteau's Landing is one of the most visible pieces in the city. It's been painted over a bit recently but this image captures it in its prime: 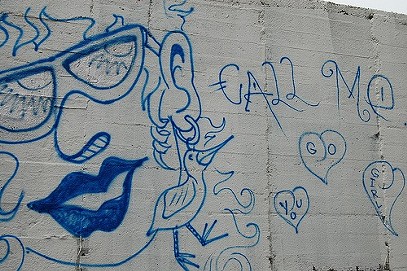 A piece obviously inspired by Banksy on the Metropolitan building in Grand Center: 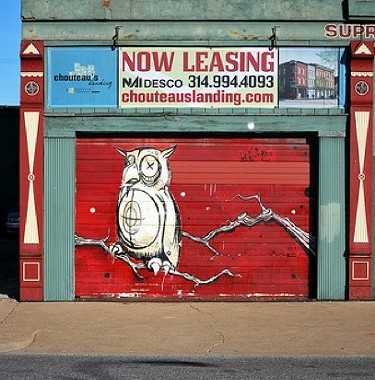 Paris Hilton cries a gold tear over how awesome this stencil is:

Artist Vesna Delevska is responsible for this staggeringly beautiful scene: 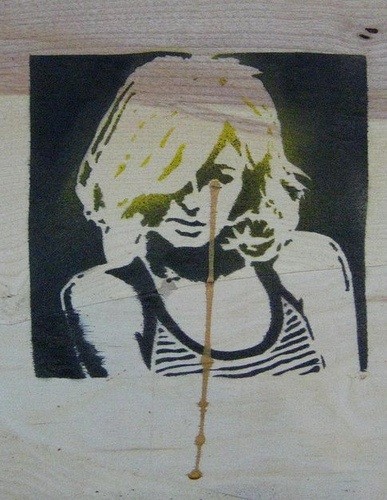 Art on the flood wall may not be sanctioned anymore but very cool things still appear. This is what's there right now by Like a Beer in Deadlights (Jason Spencer and Justin Tolentino):

Another new one on the Flood Wall, a panda dream: 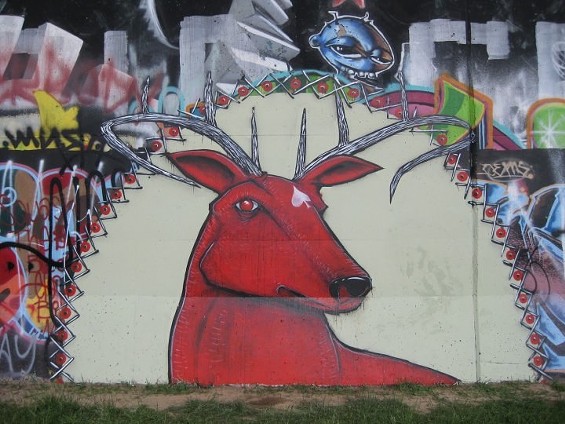 The gold tooth is a subtle touch on this one, which (correct me if I'm wrong thanks for correcting me) is by Stan Chisholm Justin Tolentino:

And we'd be remiss to leave off Peat's famous eyes, which lend life to the inanimate: 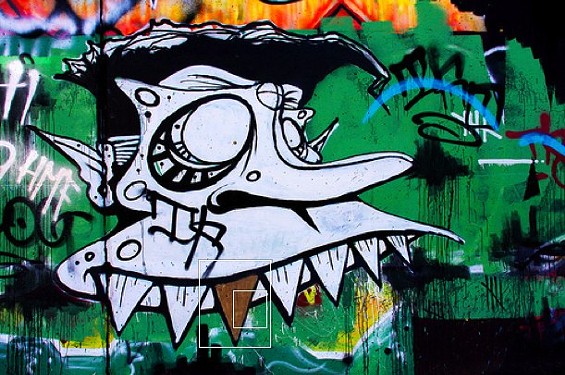 Update 2:54 p.m.: Totally forgot to mention the efforts by some members of the Board of Aldermen to establish a "Public Art Trust Fund" in conjunction with the Regional Arts Commission. Click here to read the full text of the Board Bill, sponsored by Antonio French of the 21st Ward.

The measure actually says that, "The presence of works of art and decorative elements in public places in the City enhances the quality of life, promotes the general welfare, maintains the quality of the environment and property values, and enhances the attractiveness of the City for residents and visitors."

That's a huge reversal from two years ago when the Aldermen penned a bill that produced this headline in the RFT: "Paintless in St. Louis? St. Louis Alderwoman Donna Baringer wants to treat cans of spray paint like they're handguns."