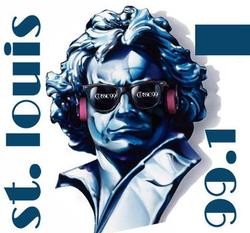 The Lutheran Church Missouri Synod cleared the last hurdle this week in its attempt to sell
Classic 99.1 (KFUO-FM) when the Federal Communications Commission approved the sale.

Friends and financial backers of KFUO have been waging a year-long battle to save the station and had hoped that the FCC would block the sale. The church plans to sell the station to Christian music broadcaster Joy FM for $26 million.

The station will change hands at a "mutually agreeable date" later this year. Supporters of the KFUO have argued that the loss of St. Louis' only classical music station would be a severe blow to the city's arts and cultural scene.

Fewer people, however, have pointed out how nice it will be to have a contemporary Christian music station on the FM dial.