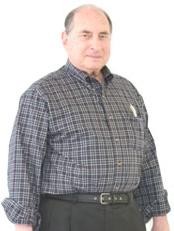 Daily RFT spoke to a very elated Judy Cutler on Friday as the Rhode Island-based art dealer made her way back east from a Las Vegas courtroom.
For the past three years Cutler and her husband, Laurence, have been involved in a costly and drawn-out legal battle over a Norman Rockwell painting titled Russian Schoolroom that was stolen from a St. Louis art gallery back in 1973. As Riverfront Times first reported, the painting re-emerged three years ago when the FBI learned it was in the private gallery of movie director Steven Spielberg.

Hearing of the discovery, the owner of the artwork at the time of its disappearance, Las Vegas art dealer Jack Solomon filed suit against Spielberg and the FBI, claiming ownership of the painting.

The FBI was later dismissed from the case, as was Spielberg after Cutler stepped in to take his place in the litigation. Cutler, after all, was the person who sold the painting to Spielberg in 1989 for the price of $200,000, a year after buying the piece at auction in New Orleans for $70,400.

As Riverfront Times has chronicled over the years, the case of the stolen painting has had more plot twists than even the best Spielberg film -- including clues linking it to a St. Louis art thief implicated in a plot to kill Martin Luther King Jr.

For the purposes of this post, however, we'll stick to the facts of the lawsuit. They're interesting enough.
In his lawsuit, Solomon claimed that Cutler did not do a thorough background check prior to buying the painting at auction and selling it to Spielberg. Had she done her due diligence, argued Solomon, Cutler would have known it was stolen and that its rightful owner was Solomon.

Curiously, though, it seems that Solomon knew that the painting had turned up for action in 1988. Not only that, Solomon appears to have profited from the sale of the painting to Cutler.

That was the finding last week of U.S. District Judge Roger Hunt, who last Thursday in his decision and statement of fact suggested that Solomon twice profited off the stolen painting. The first time was in 1973, when his insurance company cut him a check for $20,000 for the lost artwork; the second time was in 1988, when Solomon reached an agreement with the New Orleans auction house that he was to receive a share of the proceeds from the sale of the painting.

The judge found plenty of evidence suggesting that Solomon knew the painting was up for auction in 1988, despite his claims to the contrary. This included testimony from friends and former employees that they had contacted him and left messages that they'd seen the painting advertised for auction.

In his decision Thursday, Judge Hunt wrote: "In light of the testimony of other witnesses, many of whom had no personal stake in this litigation, the court finds Solomon's denial of these events is not credible."

The Cutlers tell Daily RFT they were able to introduce the most damaging testimony against Solomon only after subpoenaing the FBI for transcripts of its depositions taken while investigating the provenance of the painting.

Russian Schoolroom, per Hunt's ruling, is now the property of Judy Cutler, who in 2007 swapped the title of the painting with Steven Spielberg for another Rockwell painting of "equal or greater value."

Below: The judge's nine-page decision and conclusion of fact.