Yet another Mardi Gras has passed in St. Louis and now only memories (and compromising photos) remain. If you're not entirely worn-out from last weekend, look forward to this weekend: fire-breathing burlesque, a Jersey Shore cast member, munching on crickets and worms and a goth version of Seinfeld, all for $10 or less.

William Earle Williams has spent more than 25 years photographing the surviving Underground Railroad sites; Uncovering the Path to Freedom: Photographs of Underground Railroad Sites by William Earle Williams, an exhibition of his amazing work, opens with a free public reception from 5 p.m. to 7 p.m. Friday, February 19, at the Sheldon (3648 Washington Boulevard). Williams' images reveal drawing rooms that are mundane in their old-fashionedness and rough-hewn basements that must have been a welcome, if Spartan, sanctuary. Williams' carefully composed photos penetrate this guise of the everyday to reveal these locations' true purpose in luminous black and white. Click here for complete preview.

In The Manner of Smoke (Goth Seinfeld?) (Friday)

What if the cast of Seinfeld were re-imagined a little darker, a little more gothic? Would things still make sense? Artist Jerstin Crosby loosely explores this concept in his new exhibition, In the Manner of Smoke, opening from 6 to 10 p.m. Friday, February 19, at the Good Citizen Gallery (2247 Gravois Avenue). Click here for the full preview. 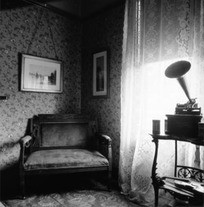 Excavating the Emptied Globe: Images and Artifacts from a Lost St. Louis Environment (Friday)
Photographer Michael Eastman and archaeologist Robert Mazrim collaborated for this exhibition, which features documents of their exploration of the abandoned Globe Drug Warehouse. Opening reception, free to the public, from 5 to 8 p.m. Friday, February 19. At the Duane Reed Gallery (4729 McPherson Avenue). Click here for full preview.

Eyedea and Abilities (Friday)
Along with fellow Rhymesayers Records artists such as Atmosphere and Brother Ali, the duo of Eyedea (Michael Larsen) and his DJ partner, Abilities (Gregory Keltgen), was once a rising star in Minnesota's hip-hop underground. Highly decorated (Eyedea is a former Blaze Battle champ, while Abilities owns two DMC regional titles) and critically acclaimed (for the 2001 debut, First Born), the duo nonetheless took a long powder after 2004's old-school-style E&A. After regrouping for a tour two years ago and after releasing the brief but hard-hitting By the Throat in 2009, the pair now boasts a rock-rap sound that references Eyedea's side project, the band Carbon Carousel. The duo plays the Firebird for $10 on Friday. More details about the show are here.

This is the pre-wedding party of noted pyromaniac/burlesque star Sturdy Gurlesque and Dustin Indigo Charles Krueger. Performers will include Sturdy Gurlesque herself, The Swedish Siren, Michelle Mynx and others. Cover is $8 at The Crack Fox (1114 Olive Strett). The wedding is Saturday and also open to the public. It is, however, $15 and thus out of the price range for this post. But there's more info on the wedding here. 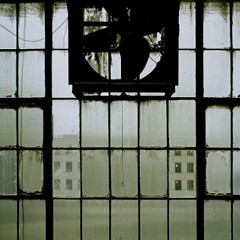 DJ Pauly D for MTV's Jersey Shore at Club Home (Saturday)
First it was Mike "The Situation", now it's DJ Pauly D. Yes, the cast members of the Jersey Shore seem to have a thing for St. Louis. Pauly D will be spinning a guest DJ set at Home nightclub in Ameristar Casino in St. Charles. The event is free for the ladies, and guys can buy tickets for $10 right here

BUZZ: Cook Up A Cricket (Sunday)
Every eat a cricket? Or a worm?The Sophia M. Sachs Butterfly House (15193 Olive Boulevard, Chesterfield) poses this very question at "BUZZ: Cook Up a Cricket," a drop-in event that teaches visitors about the bug-inclusive diets of people all around the world. This event, between 11 a.m. and 2 p.m., is free with a regular entry fee of $4 - $6.


Celebrate the World: An International Festival (Sunday)
If eating bugs is not your idea of a relaxing Sunday afternoon, maybe this event is for you. Instead of crickets and worms, you can taste food from around the world at Celebrate the World: An International Festival, held from noon to 5 p.m. at the Maryland Heights Centre (2344 McKelvey Road). This year, the free fest focuses on Turkey (and its baklava!), while still serving up music and dance performances, a market full of jewelry and artwork, and, yes, eats, from countries all around the globe -- no passport required.

​Ice Skating! At Steinberg Skating Rink (All Weekend)
Have you been watching the Winter Olympics? Here's your chance to let your inner figure skater out. This weekend is one of your last opportunities to hit the ice at Steinberg Skating Rink (The popular Forest Park attraction closes February 28.) And since this weekend is supposed to another cold one anyway, you might as well embrace it, bundle up lace up and have some fun. Steinberg Skating Rink is open from 10 a.m. till midnight on Fridays. Admission for adults is $6.50, renting skates is $3 and locker rental is $0.25. Even using elementary journalist math, that should be right under $10.