Photos: Suck In! The Corsets of Dorothy Jones 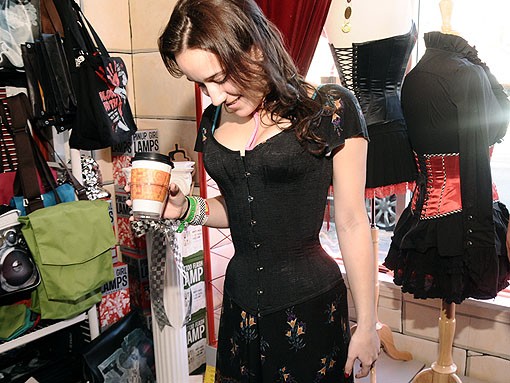 Here's a slideshow of photos from The Other Woman's corset show, held on Sunday at Cheap Trx on South Grand.

"The Other Woman" is corset-maker and seamstress Dorothy Jones. Jones got her start as a theatrical patternmaker in New York. She learned how to make corsets while she was living in San Francisco. "I was always a dancer," she says, "but after I had my second child when I was 40, my belly hung out. In a fit of self-loathing, I bought a girdle, but it kept rolling down."

Since then, she has corseted burlesque dancers and circus acrobats, bridesmaids and fetishists. 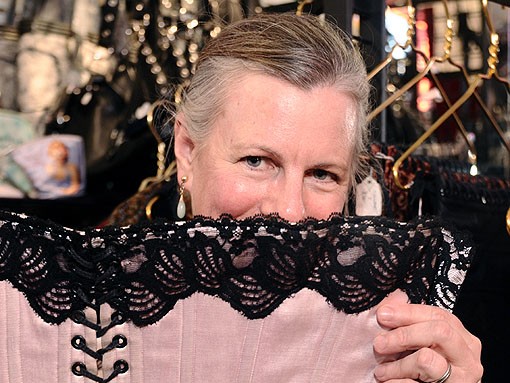 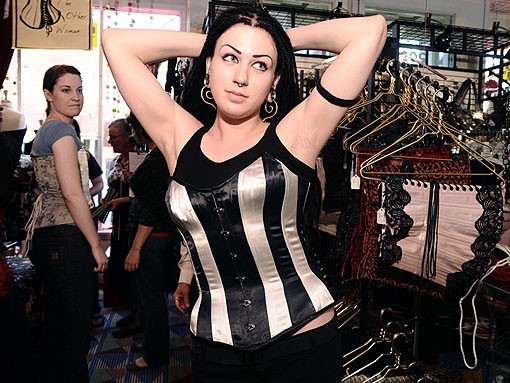 While Jones' corsets are reinforced with boning made of flexible twisted steel and while they do reduce your waist by several inches, they're not painful in the least. Instead, they hold in your belly and force you to stand up straight. "Your best schoolgirl posture," Jones says, tightening a customer's laces. "It's so hard to do that without a corset."

At Cheap Trx, Jones had a selection of sample corsets in several sizes and styles. She took down each customers' measurements; the final pieces are custom-made and fitted for optimal comfort. Her studio is across the street from Tower Grove Park, but she'll travel up to three hours in any direction.

Slideshow: "Suck In! The Corsets of Dorothy Jones."