September 02, 2009 at 1:48 PM
comment
While there's no shortage of art galleries on Cherokee Street, there is a severe lack of bars and nightlife on that hip-but-developing stretch of town. Sure, a few Mexican restaurants serve beer and there's also the long-awaited (and longer delayed) spot from The Royale's Steve Smith, as wonky liquor laws/zoning have kept the area dry for far, far too long.
But don't despair drinkers: the wait is almost over. Sometime in October, local group ArtDimensions will open a massive new gallery/studio on the second floor of 2720 Cherokee Street and partner with the music promoters at Loyal Family to open a club/concert venue on the first level. Josh Grigaitis (Pop's Blue Moon, Broadway Oyster Bar) will be in charge of concert booking. Official names for both places are still up in the air.
Here are a few snapshots of the interior of the new gallery (which includes studio space for four ArtDimensions artists) and the bar/club: 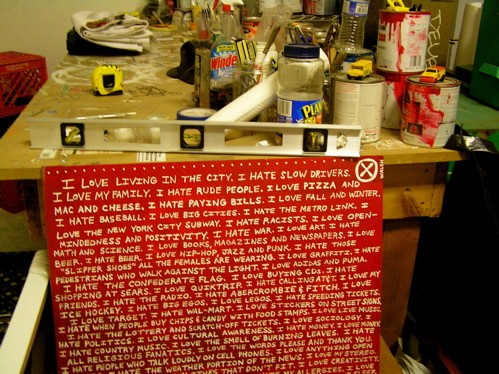 Here's the gallery, which is HUGE in comparison to ArtDimensions' current home at the Third Floor Gallery on Washington Ave. That's Bryan Walsh in the picture. 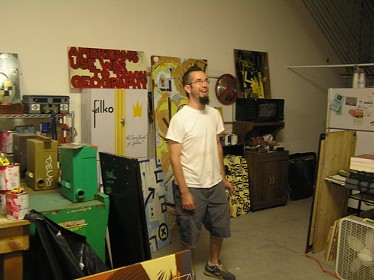 A sample of Bryan Walsh's work, and a taste of what's to come at the new space. Check back for details about the grand opening in October when we have them.