With this year's first St. Louis MasterMinds awards now in the books -- and the Artopia celebration set for Thursday night (it's open to the public) -- we can look back at a wealth of material created by four very talented individuals who chose to call St. Louis home.

As an accompaniment to the profiles of our winners -- Matthew Krentz (Film/Video), Sarah Frost (Visual Arts), Tim Lane (Literary Arts) and Magan Wiles (Performing Arts) -- we're showcasing some of their work here on the Stlog in ways we can't in our print version.

Matthew Krentz: In his film, Streetballers, Krentz uses St. Louisans as actors and the city as his setting. Read a review of Streetballers by Chad Garrison.

Watch the trailer for the film here: Open Streetballers Trailer in a pop-up window.

Sarah Frost: Click on the photos for high resolution photographs of Frost's work. 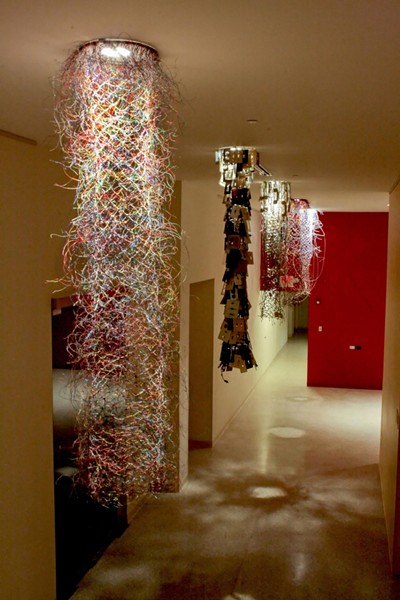 Writer Tim Lane, the man behind The Story of Stagger Lee, our June 2007 story that captivated readers, has been a regular contributor to the Riverfront Times and much of his work, including the regular You Are Here feature, appears on this very Web site.

Here, Wiles plays the Woman in Knives in Hens, also with Upstream Theatre Company in 2007.