Over the Weekend: Jewel, Brad Paisley at Verizon, PBR Blowout at Off Broadway, This One's For You Art Show at Soulard Art Market, Midsummer Night's Dream Party at Lush

Here's what you may have missed over the weekend.

On Friday night, Jewel and Brad Paisley performed at Verizon, along with Julianne Hough and Chuck Wicks. Photographer Todd Owyoung was there and has these photos.

This One's For You at Soulard Art Market

Beer drinkers and die-hard Anheuser-Busch supporters may have already considered the marketing advertisements for A-B art, but on Friday, those ads were in a real-live art gallery. The "This One's For You" art show opened up and Brian Stitt has this recap of the reception, which yes, included free beer. 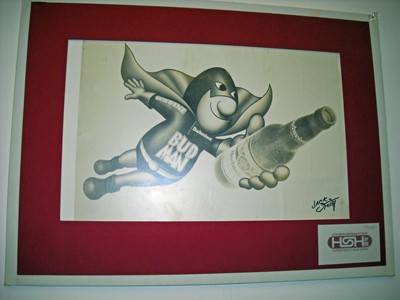 Keeping with the beer theme, Pabst Blue Ribbon sponsored a drinking party Saturday night at Off Broadway, a venue that's within smelling distance of the nearby A-B brewery. The Humanoids, the Livers and the Trip Daddy's performed to a few hundred people who filed into the bar on South Lemp.

A Midsummer Night's Dream at Lush

Also on Saturday, Lush Nightclub hosted the Midsummer Night's Dream party. Jason Winkeler was there and has this slide show (may not be safe for work.)