Senators Call On Biden to Pardon All Nonviolent Cannabis Offenders 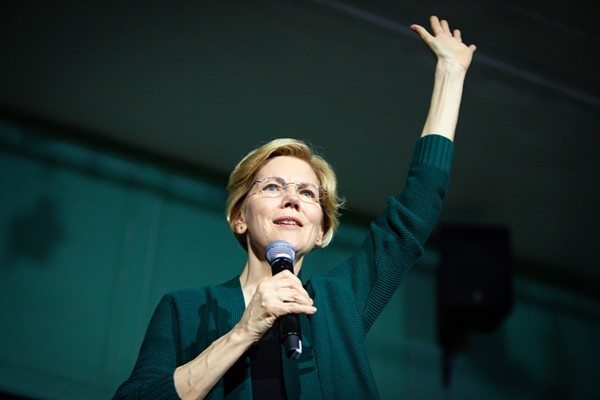 U.S. Senators Elizabeth Warren and Ed Markey of Massachusetts and Jeff Merkley of Oregon sent a letter to President Joe Biden last week calling on him to use his executive authority to issue a blanket pardon for all nonviolent federal cannabis offenders, whether currently or formerly incarcerated.

In the letter, the Senators, all Democrats, called America's war on drugs "failed and racist."

"America’s cannabis policies have punished Black and Brown communities for too long," the Senators wrote, adding that despite legalization in states across the country, as well as roughly equal cannabis usage rates, "Black Americans are still nearly four times as likely to be arrested for cannabis possession as white Americans."

The Senators also point out that a majority of Americans, nearly 7 in 10, support cannabis legalization.

On the campaign trail, Biden said that "we should decriminalize
marijuana" and "everyone [with a marijuana record] should be let out of jail, their records expunged, be completely zeroed out."

"Our country’s cannabis policies must be completely overhauled, but you have the power to act now: you can and should issue a blanket pardon for all non-violent federal cannabis offenses, fulfilling your promises to the American people and transforming the lives of tens of thousands [of] Americans," the letter states.

"The Constitution grants you the authority to pardon broad classes of Americans to correct widespread injustice, as previous Presidents have done," the letter added. "Most importantly, such a pardon — combined with your leadership on an accessible expungement process to formally clear the criminal records of those affected — would mark the beginning of a reversal of decades of ineffective and discriminatory cannabis policies, allowing Americans to return to their communities, find housing and jobs, and rebuild their lives without the burdens of an unjustly imposed criminal record."

Earlier this year, New York Senator Chuck Schumer, also a Democrat, introduced the Cannabis Administration and Opportunity Act, which would legalize marijuana by removing it from the Controlled Substances Act, allowing for it to be taxed and regulated. The proposed legislation would also immediately expunge the criminal records of people with low-level marijuana offenses.

Last year, the U.S. House voted in support of the Marijuana Opportunity Reinvestment and Expungement Act, which would also decriminalize cannabis at the federal level. It was the first time Congress ever took up cannabis reform legislation.

It seems cannabis reform would be a winning issue with voters. Even the Republicans are considering cannabis legislation of their own.