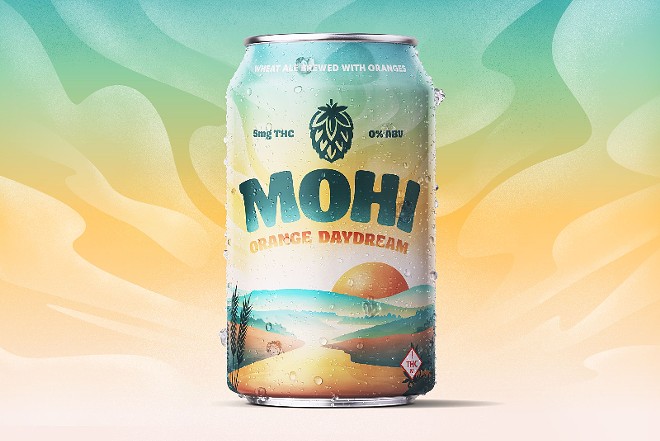 Fans of non-alcoholic beverages and non-flammable THC have great cause for celebration this week, as Swade Cannabis and O'Fallon Brewery have teamed up to launch a new cannabis-infused craft beer.

The new brew, dubbed Mohi, will pair O'Fallon Brewery's beer-making prowess with Swade Cannabis' parent company BeLeaf to produce the stoney new suds. And while the team could have opted to simply leave the alcohol in the beverage, making for a double-whammy drink that would make even OG Four Loco blush, they opted instead to employ some capital-S Science in order to deliver an option suited for those who prefer to go alcohol-free.

“We determined that consumers who like craft beer would also want similar options for non alcohol beer,” says Brian Owens, head brewmaster for O’Fallon Brewery, in a press release. “The O’Fallon process is truly unique — we start with a traditional beer recipe, which goes through full fermentation, and then we gently remove the alcohol in vacuum under strict temperature controls. We end up with great NA beer that tastes as close to real beer as you can get.”

The result, according to the release, is a beverage that delivers craft-beer taste with only 80 calories, with each twelve-ounce can packed with five milligrams of emulsified THC. The effort is the latest development in two trends that have been building in recent years: the non-alcoholic craft beer craze, with Wellbeing Brewing Co. being the local torchbearer, and drinkable cannabis beverages such as the Keef Cola line of drinks sold in most local dispensaries.

“We have seen the immediate embrace of THC-infused beverages, and the growing buzz around alcohol alternatives in society as a whole, so we knew the demand for new and better adult beverage options was exploding beyond the cannabis world, and O’Fallon Brewery was the perfect place to start,” Meyers says. “We think the brand will be a favorite and we know that patients are looking for new ways to consume cannabis.”

The scientific heavy lifting is made possible through BeLeaf's Phytos manufacturing brand, which employs methods such as CO2 extraction, ethanol extraction and hydrocarbon extraction to produce the company's live resin and other non-flower products. The process by which they infused the brews with THC will make for a stronger and faster onset of effects than more traditional edibles — which can take around an hour to begin to kick in — according to the company.

“Mohi uses natural flavors, which give it a refreshing orange citrus and vanilla flavor, and contains nano emulsified THC," BeLeaf CSO Stephanie Cernicek says. “This means that the onset occurs quickly and stronger than its traditional counterpart, usually within the first fifteen minutes, and gives the patient full control of their experience.”

Mohi is now available at all Swade locations. Pricing is set at $8 a can pre-tax, or $30 for a four-pack — but remember, you need to have a Missouri medical card to purchase it. For more information, visit swadecannabis.com.