Weed Put Robert Franklin in Prison. He's Begging Mike Parson to Get Him Out

Fourteen years have passed since the night Robert Franklin tossed a one-pound brick of marijuana out his SUV window — with two Missouri Highway Patrol troopers pursuing close behind.

Franklin's arrest in February 2007 led to a 22-year prison sentence for marijuana distribution, but, over the following years, Missouri legalized medical cannabis and eliminated its harsh "three-strike" mandatory minimum sentencing law that ensured repeat drug offenders — even those convicted of non-violent marijuana offenses like Franklin — would face a minimum of ten years in prison without the possibility for parole.

"I spent all of my 30s incarcerated," Franklin says in a recent phone interview from the Moberly Correctional Center. "And it's stressful knowing people are getting out who were in prison on the same law, but they were caught with more than me."

Indeed, Missouri's harshest drug law continues to trap non-violent offenders in life-altering sentences, despite the fact that the law was repealed in 2017. While that repeal was not retroactive, a handful managed to leave prison through commutations issued by Governor Mike Parson.

To date, Parson has commuted the sentences of eight drug offenders, restoring their eligibility for parole, in some cases decades before their full sentences would have expired. As the RFT has previously reported, the prison sentences reserved for "prior and persistent drug offenders" are vastly disproportionate compared to the average prison time served by people convicted of violent crimes, even murder and rape.

However, Parson's commutations have so far revealed little about the governor's overall strategy or selection process: The eight cases range from methamphetamine possession to trafficking twenty pounds of cocaine, the sentences ranging from thirteen to 45 years.

Notably, none of Parson's selections have yet involved cannabis cases, meaning the last time a Missouri governor freed a cannabis-related drug offender was 2015, when Gov. Jay Nixon freed Jeff Mizanskey from a life sentence that would have guaranteed death behind bars.

When Franklin first spoke to the RFT in 2016, he said Mizanskey's dramatic story of freedom sparked anticipation for further cannabis clemencies. Seven years and two governors later, those clemencies have not materialized.

To Franklin, the intervening years gave him a front-row seat to Missouri's reformed drug sentencing laws, which no longer mandate ten-year minimums or allow prosecutors to cite a defendant's prior drug history as cause to "enhance" low-level charges and add decades of extra prison time. 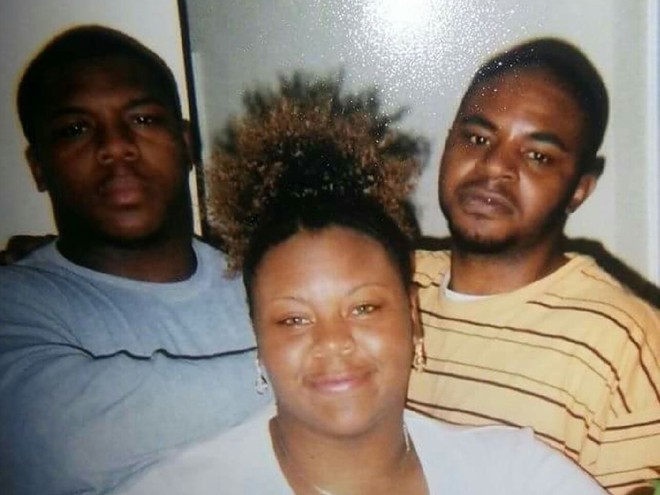 After the 2017 repeal, the new criminal code makes drug offenders charged with the same crime as Franklin eligible for parole. These offenders can qualify for early release after serving a percentage of their total sentence: In 2020, according to prison data, Missouri released more than 1,200 drug offenders after serving an average of 21 months, or about 30 percent of their total sentences.

Overall, Missouri prisons released nearly 5,800 inmates in 2020. They served an average of 52 percent of their total sentences. The average time served was under four years, and, among those released, 85 percent were approved for parole so they could continue serving their sentences outside prison.

Franklin, though, is stuck — and he says it's disheartening to watch people charged with similar drug crimes cycle through prison, parole and freedom — particularly when some do so multiple times.

"I’ve seen one guy five times, a repeat offender," he says. "And they just let him out again, and he got caught again."

"It's kind of depressing," he adds. "I'm keeping hope alive, but I'm kind of losing the battle."

Franklin isn't ready to give up hope that his life could change for the better — and that he could still have a chance to be the father his daughter deserves. In 2007, she had been just eight months old and riding in the backseat of Franklin's SUV when he attempted to discard a brick of weed and avoid the Missouri State Highway Patrol.

"I’m not the man that I was then," Franklin says. "I would never have my daughter in that position, being the man I am now, and definitely wouldn't have had a pursuit with her in the car."

Franklin's daughter is now fourteen. He says he talks to her every day, "trying to raise her over the phone."

But as the years flip by, Franklin and the others abandoned by Missouri's non-retroactive repeal of the "prior and persistent" drug law have found themselves relying on the governor's clemency campaign. Franklin, his family and his supporters regularly call and write Parson's office, but it's not clear if he is near the top of the pile or at the very back of the line.

"It seems like they’re giving people clemency, but they're forgetting about me," he says.

Still, it could be worse. Franklin references Mizanskey's case, in which the state nearly allowed a grandfather to die in prison for weed.